The Niger State Government has ordered the closure of all public secondary schools in the state for two weeks.

This decision was reached after an interface between the state government and officials from various security agencies.

The state’s Commissioner for Education, Hajiya Hannatu Jibrin Salihu, said the schools will, however, be closed from Friday, March 12th to Friday, March 26th, 2021.

Though 22 secondary schools (11 Day and 11 Boarding Schools) had earlier been closed, Salihu said the two weeks closure of all secondary schools was necessary to give relevant security agencies the time and opportunity to conduct a comprehensive risk assessment.

The exercise, when completed, will provide an all-inclusive mechanism and strategies that will restore and guarantee sustainable security and safety of students, school infrastructure, education managers and teachers in the State, she added.

While commending education actors, parents and communities for their patience, understanding and support, she reiterated the government’s commitment to leave no stone unturned and ensure that all schools are safe for effective teaching and learning.

Niger State is gradually becoming a hotspot for bandits and schools are the main target.

27 students, three staff and 12 members of their families were abducted from a school in Kagara in February.

The school has a population of over 1,000 students.

One of the students, Benjamin Doma, was gunned down while trying to escape.

The abductors reportedly left him behind in the pool of his blood as they shepherded the students and teachers into the bush.

In the aftermath of the abduction, Governor Bello ordered the immediate closure of all the boarding schools in four local government areas of Niger.

The local government areas are Rafi, Munya, Mariga and Shiroro. 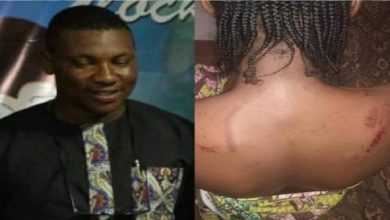 PHOTOS: NSCDC Official Flogs His Sisters For Having Boyfriends