Operatives of the Oodua Peoples Congress, OPC, detained by the Oyo State Police Command for arresting notorious Fulani warlord, Iskilu Wakili, have been released on bail.

It was gathered that the police released the three detained OPC operatives on health grounds for them to seek medical attention.

OPC Coordinator in Oyo State, Rotimi Olumo, disclosed this in a telephone interview on Tuesday.

Olumo said, “The three men were released on bail today from the State Criminal Investigation Department in Iyaganku, Ibadan.

“The police released them on health condition; the three men are seriously ill and need urgent medical attention.

“The police said the three of them should report regularly at the state CID for the ongoing investigation.”

Olumo had also said the men were not moved from the state to Abuja as reported in some sections of the media.

Globalgistng earlier reported that the OPC, on Sunday, arrested Wakili accused of terrorising villages in the Ibarapa area of the state.

The OPC later handed over Wakili to the Oyo State Police Command but the police subsequently detained three OPC operatives for allegedly burning down Wakili’s house and killing an unknown woman in the process.

However, the OPC said the murder and arson allegations were false, adding that it immediately handed over Wakili and three of his accomplices to the police in Igboora after their arrest.

Before Wakili’s arrest, farmers and residents of Ayete, Kajola and neighbouring villages in Ibarapaland lived in perpetual fear of Wakili who was accused of displacing them from their farms, kidnapping their rich men and raping their women. 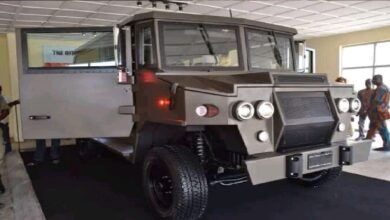 No evidence against Wakili- Police

What really happen during S’West Leaders Reconciliation Meeting on Fayose, Makinde, Adeleke, others