In what many people will not believe, Iskilu Wakili defended himself against the accusation that he is a criminal.

Wakili revealed this while talking to some select journalists through an interpreter at the Eleyele Police Department.

He claimed that he thought the people who came to arrest him were Amotekun operatives.

In fact, he challenged the people who have evidence or facts of any crime he had committed to make it public, The Nation reports.

Going further, he claimed that he was also a victim of kidnapping because two of his children were once abducted and he had to pay ransom to secure their release.

Meanwhile, CP Ngozi Onadeko, said any residents with proven evidence of atrocities against the suspects should come forward for proper investigation.

It was earlier reported that Oyo governor, Seyi Makinde reacted to the arrest of Wakili, who was said to be a notorious kidnaper disturbing the peace of the state.

In his reaction, the governor called for calm, saying that the administration is aware of the situation. He said his government is taking all the steps needed to ensure that the interest of Oyo people is protected.

Wakili has been accused of being responsible for violent crimes in the Ayete area of Ibarapaland in Oyo state.

Gbenga Fadeyi, the police spokesperson in the state, accused members of the OPC who arrested the suspect of committing murder.

Meanwhile, Adedeji Oluwole, the OPC sector coordinator who led his operatives to arrest Wakili, expressed shock that the police detained three of his men after they handed over the suspect.

He said that they did not hurt the suspect when they arrested him. 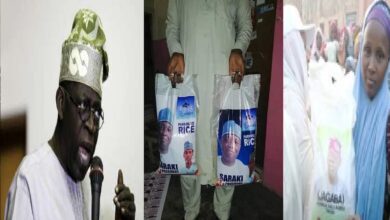