Primate Elijah Ayodele, the Leader of the INRI Evangelical Spiritual Church, spoke on Sunday about the elections for the governor of Anambra State and the governor of Ekiti State, which will be held later in 2021 and 2022.

The popular prophet warned some strong contenders in the election not to spend money on election campaigns, because God did not support their desire to become governor of the state.

The Prophet Ayodele also spoke out about the proposal of former Ekiti State Governor Ayodele Fayose to nominate the next governor of the state, supporting the contender for the number one seat in the state.

Fayose is a chieftain of the Peoples Democratic Party.

He stated that God has not anointed any of them to be governor in the state, while advising them to channel their money into helping the less privileged and widows in the society.

He said: “On Anambra 2021, I want to advice Paul Orajiaka, Andy Uba from APC, Uche Ekwunife, Godwin Ezeemo from APGA not to bother about governing the state.

“They don’t have God’s backing.

“Instead of wasting money to campaign, they should channel their money into humanitarian activities like giving the less privileged and widows in the society.”

Furthermore, the man of God spoke about the anointed candidate of Fayose in the Ekiti state governorship election coming up in 2022, Bisi Kolawole.

He made it known that if the PDP settles for Kolawole in the election, the party will lose.

“If PDP settles for him, the party will fail in Ekiti.”

On the PDP reconciliation committee being led by former President of the Senate and ex-Kwara State Governor, Dr. Abubakar Bukola Saraki, Primate Ayodele commended the move and warned that Saraki should be focused because he will face some hurdles. 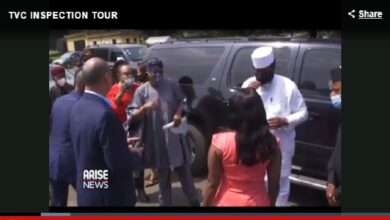 ‘We will never Bow down,’ say Nigerian media owners, denouncing the attack on media houses