Following the arrest of an alleged Fulani criminal herdsman, Iskilu Wakili by members of the Odua Peoples Congress, the Oyo State Police command has announced his hospitalization over fragile health.

Wakili, who is allegedly a ‘Fulani warload’ was arrested by OPC members for reportedly terrorizing Ibarapa residents, Ayete communities in particular.

However, the Police command alleges that Wakili’s house was burnt, and one person killed by OPC members during the process of his arrest, hence the reason for interrogating and detaining the OPC members who carried out the act.

”The Commissioner of Police has directed that Wakili (due to his frail appearance and state of health), be moved to the Hospital, while others are being interrogated.

Others being interrogated are the OPC members, who captured the criminal called Wakili, they are be planned to be charge for arson and murder.

”In conclusion, anybody that has any case against Iskilu Wakili should report it to the State Criminal Investigation Department, (CID) Iyaganku Ibadan for discreet Investigation.”

We have done our best – Buhari tell Nigerians 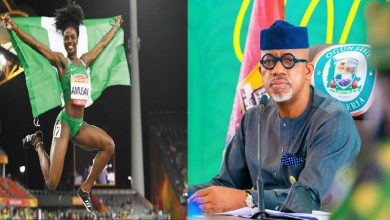 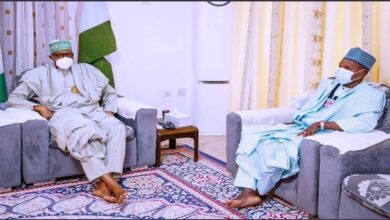