The Nigerian Army has given an order to declare wanted 101 soldiers who fled the Boko Haram terrorists’ attacks in New Marte and Dikwa towns near Maiduguri in Borno State.

The army, through the Operation Lafiya Dole Theatre Command, also ordered that their bank accounts should be frozen pending when they would report themselves to the command.

Theatre Command Headquarters of “Operation Lafiya Dole” in Maiduguri requested that the Defence Headquarters freeze the listed accounts and apprehend the alleged deserters if found.

“You are requested to declare the named officers and soldiers deserters WEF 19 Feb 21,” the document said.

A spokesman for the Nigerian Army did not immediately return a request seeking comments about the development.

At least seven Nigerian soldiers were confirmed killed in an ambush by the terrorists last month.

The soldiers of 153 Task Force Battalion were ambushed in Marte Local Government Council, as the troops were overwhelmed and could not match the ammunition carried by the terrorists.

After Marte was captured by Boko Haram, Chief of Army Staff Ibrahim Attahiru gave troops of the ‘Operation Lafiya Dole’ 48 hours to clear insurgents off Marte LGA and surrounding communities under the insurgents control.

The villages under the terrorists control were the Kirenowa, Kirta, Wulgo and Ngala Local Government Area of the state.

The soldiers went through Marte, successfully killing the ISWAP/ Boko Haram Terrorists who captured that area for some days.

Also, Dikwa was attacked by the insurgents earlier this week and abducted no fewer than seven humanitarian workers from the town.

It was reported that the aid workers were picked up by the terrorists who were dressed in military camouflage and spoke “good English.”

Although the military claimed on Tuesday that its troops repelled the Boko Haram and Islamic State of West Africa Province terrorists’ attack on Dikwa, it was silent on the whereabouts of the reportedly abducted aid workers.

Reacting to the attack, the United Nations Office for Coordination of Humanitarian Affairs in Nigeria condemned the burning of the UN property.

A Military spokesman Mohammed Yerima confirmed that the troops successfully and safely detonated a series of improvised bombs along the routes leading into the village in collaboration with the Nigerian Air Force. 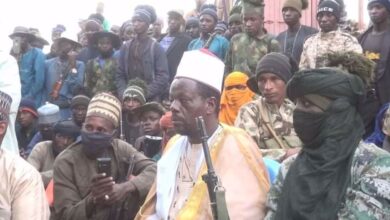 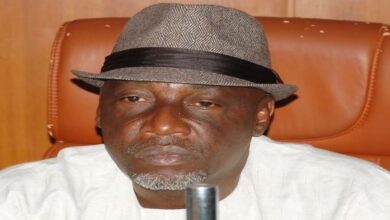 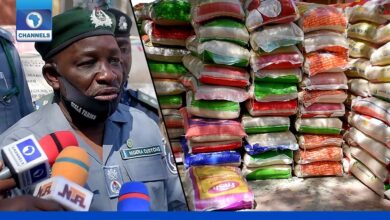