A Senior Advocate of Nigeria (SAN), Chief Niyi Akintola, has urged Oyo State Governor Seyi Makinde not to demonise the Yoruba rights activist, Chief Sunday Adeyemo, popularly known as ‘Sunday Igboho,’ but rather be proactive than being reactionary.

Akintola, who spoke with journalists, at the weekend, in Ibadan, said it had become rather unfortunate that those who should lead have not been proactive to national issues, but become reactionary to issues.

He said: “I gave Makinde advice. I said your Excellency, call this guys (Sunday Igboho and Seriki Fulani). Security vote is not meant for jamboree; it is meant to take care of security and you need to be proactive.

Sunday has his own problem against the backdrop of his background. You have to give it to him.

“I think he needs intellectual input because he talks too much but he has good intention. Rather than demonising Sunday Igboho, he should be guided.

During NADECO days at Igbotako in Ondo State, we knew what we did. Governor Ladoja is still alive. We were not making noise about what we did.

“There are certain things as a governor that you need to say publicly and what you should not say.

“So, I advised the governor. I said Your Excellency, call Sunday Igboho and Seriki of Igangan. There are certain things you will say to them that would have doused the tension. He promised he was going to do that.

“Unfortunately, he left it to fester until it became too late. We shouldn’t be speaking before thinking, which has become the hallmark of some of our leaders.

They act before thinking. Our relationship with our northern brothers should be a mutual respect.

“Most political commentators on this issues don’t even know the political and geographical Arithmetic of Yorubaland. How many of them realise that one local council separates Oyo State from Kebbi State?” 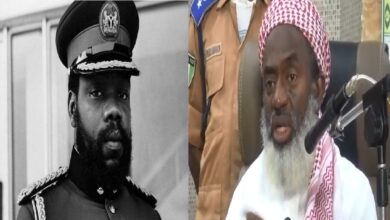