Bandits operating in Northern Nigeria have been described as freedom fighters by a former presidential aspirant, Adamu Garba.

A popular Islamic cleric, Sheik Ahmad Gumi, said the problematic elements are herders who lost their animals to rustlers and resorted to criminal activities like killings, kidnappings and rapings as revenge.

The bandits recently resorted to kidnapping of school children in exchange for ransom which Mr Gumi said is used in purchasing more fire power.

About 781 students have been kidnapped since President Muhammadu Buhari took over power in 2015 and promised to tackle worsening insecurity.

Mr Garba who spoke on rising insecurity made his position known in a Twitter thread he posted on Saturday. The All Progressive Congress (APC) chieftain argued that while criminals in the Southern part of the country are respected and treated as heroes, their Northern counterparts are condemned and disrespected.

“It seems to me that we have the gift of status, position, respect, and money for those killing and destroying in the South, while we have bombs and bullets for those doing the same thing in the North,” the presidential aspirant wrote, adding that, “You see the hypocrisy in administering the conflict resolution in Nigeria?

“We want a just country, we must learn to tell ourselves the truth & treat those that have stained their hands with the blood of others as who they should be. We must pay critical attention to the future of Nigeria than glorifying crime in one clime & condemning it on the other.

“I went down the history lane, not to rise the sleeping dog, but to buttress my point on why I think, it is more appropriate for the banditry in Nigeria to be treated on the basis of containment, not condemnation.

“Bullets don’t solve all problems, as can be seen by relative peace in the South & violence in some parts of the North. The government at all levels must get in the mud and take an active interest in listening to the sincere grievances of those bandits, since they’re within reach.

“No one, not the government or the people are free from guilt on the damages affecting this country at all front, but to fix it, we must all commit to demonstrating a genuine desire for peace and reconciliation at all levels.

“We must play an active role in building a nation, through discussion, conversations, dialogue, more listening from the leaders. Address these issues with the highest degree of straightforwardness and build a more valuable bond that will truly project the global might of Nigeria,” Mr Garba added.

Meanwhile, President Muhammadu Buhari has ruled out any form of negotiation with the criminals, warning state governors that are doing so to desist as it might backfire with dire consequences. 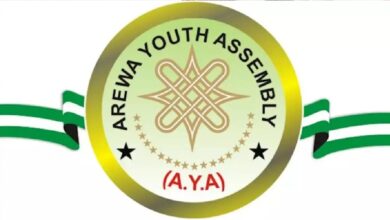