FOODSTUFF and cattle dealers across the Northern part of the country have started diverting their goods and all consumables to the neigbouring countries of Niger Republic and Cameroon. They have also begun blocking trade routes to the South by stopping food item-laden trucks from going south.

Truckloads of food items from the northern part of the country were on Friday stopped by northerners from entering Kwara State and neighbouring states in the South West. A video clip showing the illegal stoppage of trucks carrying food items from the North to the South at a Jebba village in Niger State by some northern youths circulated on social media on Friday. But the Defence Headquarters clarified that following the tension generated by the incident, joint troops comprising the military and other security agencies were deployed to clear the Jebba-Kaduna Road and they had since restored normalcy in the general area.

It was reported that some Northern youths prevented many trucks carrying items like tomatoes, onions, beans, yams and cattle from going beyond a location in Jebba called Kara into Kwara or other states to the South West. The situation, it was gathered, caused the trucks to park by the roadside with some of their contents already going bad. The development, it was learnt, was connected to an ultimatum given by the national leadership of the Miyetti Allah Cattle Breeders Association of Nigeria (MACBAN) to the Federal Government which demanded compensation for the losses suffered by Northern traders in the recent mayhem at Shasha market in Ibadan, Oyo State, and during the EndSARS protest.

Also, the new trading network began shortly after the Northern Consensus Movement (NCM) and the Amalgamated Union of Foodstuff and Cattle Dealers of Nigeria commenced a strike on Thursday and blocked all ‘borders’ between the North and South.

The Northern groups also clarified on Friday that they were demanding only N4.7 billion as compensation for their members killed and properties destroyed during the Sasa crisis in Ibadan, Oyo State and the EndSARs protests in the western and eastern parts of the country, against the earlier reported N475 billion.

Speaking in an exclusive interview with Saturday Tribune on Friday, the National President, Northern Consensus Movement, Awwal Abdullahi Aliu, pointed out that the Federal Government had failed to meet all their demands, hence the commencement of the strike declared by the groups. He stated that all the border roads between the North and West, North and South, and the North and East had been blocked against trucks carrying foodstuffs and other consumables from the North to any part of the South.

“But we said that does not mean that Northerners that are living in the South, West or East should come back to the North or the Southerners, or Westerners, or Easterners that are in the North should go back to their own region. No, they can live where they choose. Nigeria is a free country and by constitution, you can live anywhere. So, let whoever wants to live anywhere live there but for intra-market transaction, let there be a market in the center.” Middle Belt forum reacts Meanwhile, the Middle Belt Forum has expressed shock at the development which it said it believed was orchestrated by some unpatriotic elements. In a statement on Friday by its national president, Dr Pogu Bitrus, the forum stated that as an organisation that represents ethnic nationalities in the Middle Belt region, “we are irrevocably opposed to such an act which we believe is capable of creating a rift and widening the fragility of our corporate existence.” The statement reads in part: “For such persons to block food items being transported to the South from the North is not only criminal, but also intended to throw the entire nation into chaos. “We call on the Federal Government and relevant security agencies to flush out these hooligans in order to discourage retaliation from the southern part. “Amidst the ongoing banditry in various parts of the country, the deliberate blockage of food items is nothing short of waging another form of terrorism on Nigerians. We cannot as a nation afford to deal with these urchins and bandits with kid gloves. “The Federal Government needs to do something drastic to send clear signals that outlaws who threaten the country would never have it easy with the government. If we must take back our nation from these demons of destruction, we must never negotiate and treat them softly. “As the umbrella organisation for all ethnic nationalities in the Middle Belt, we firmly believe that the only way for a prosperous Nigeria is restructuring. This will not only broaden our potentials but give ethnic nationalities in the Nigerian nation a space to develop and fully realise their potentials. “We must avoid any form of aggressive tendencies in resisting and enthroning victory.

of unpatriotic elements. If some elements should block the transportation of petroleum products to the North from the South as retaliatory measures, what likely consequences would this have on our nation? “Nigeria is passing through one of its darkest periods. The best way out is not to allow lawless brigands to take over our country but to unite against the common foes that are out to throw our country into the abyss of destruction. “For the avoidance of doubt, we believe in a united Nigeria that is founded on inclusivity and not exclusivity. Those who are committed to the enthronement of ethnic supremacy should better be told that they have come too late. “What is needful now is the obliteration of these bandits and hooligans that are now fueling separatist agenda. President Muhammadu Buhari should rise up now and bring these lawbreakers and bandits to justice. Anything short of this amounts to patting these blood-thirsty terror gangs.” Defence Headquarters kicks, warns against unpatriotic acts The Defence Headquarters, in a statement on Friday afternoon by its acting Director Defence Information Brigadier-General Onyema Nwachukwu, said it had cleared the Jebba-Kaduna Road of those preventing trucks from going to the South and restored normalcy there. The statement reads: “The Defence Headquarters wishes to clarify that following the tension generated by the incident, joint troops comprising the military and other security agencies were deployed to clear the JebbaKaduna Road and have since restored normalcy in the general area. There is currently free flow of traffic along the axis. “Members of the public, commuters and residents are please urged to go about their normal businesses. “This is also to give a stern warning to any unscrupulous group or persons who are aiming at disrupting legitimate economic and commercial activities by preventing free flow of traffic and movement of goods in a bid to generate clashes along ethnic divides to desist from such unpatriotic acts or face the wrath of the law. “Members of the public are also urged to promptly report anyone found engaged in such atrocious activities to security operatives.” North can’t succeed in plot to starve the south –S/Africa based professor PROFESSOR Abiodun Salawu of the North-West University, South Africa, has described food blockade against the South from the North as an effort that was doomed to fail. The don told Saturday Tribune on Friday that reports of Northerners of Hausa-Fulani stock preventing food-bearing vehicles from crossing to the south were shocking and funny at the same time. Professor Salawu said: “Not all the foodstuffs they are blocking from reaching the South are from the Hausa-Fulani enclave (North-West and North-East). A lot of the foodstuffs are from the Middle Belt axis and these people are not involved in the madness going on. “The Hausa-Fulani people will be the losers in this whole game of food blockade. It is their business that will suffer. The South can make do with what they have. In any case, it will even make the South to look more inwards and improvise. This is a battle they cannot win. “And, it’s like they don’t understand the issues. The South is complaining about Fulani herdsmen destroying their farms and engaging in other nefarious activities like kidnapping, raping and killing. Instead for their leaders to call these marauders to order, they are spewing out nonsense. The South has always been accommodating but cannot continue to tolerate the madness of these people. “I really don’t understand their thinking. A governor was even supporting them carrying AK-47 in shepherding their cows. Who gave them the licence to carry guns? The same governor and some of the Fulani leaders were saying that all Fulani people, irrespective of their country of origin, have a claim to Nigeria. I really don’t understand how they think or whether they understand anything about nation-states. “There are Yoruba people in the Republic of Benin and Togo but we cannot say they are Yoruba. And that is how it is all over the world. In Southern Africa, there are ethnic groups that are split across borders. There are Tswana people in South Africa and Botswana, but the Tswana in Botswana will not claim that he belongs to South Africa. The same goes for Sotho people in South Africa and Lesotho; and Ndebele in Zimbabwe and South Africa. Really, what is the problem with the Fulani people?” 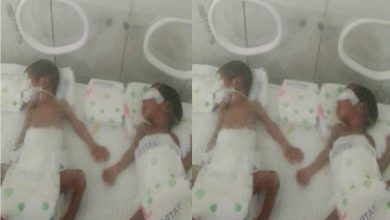 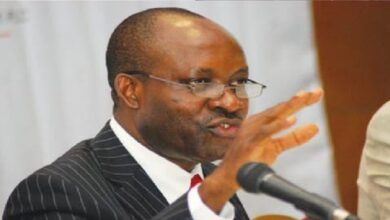