Adedayo Adeola Akintoye, a judge in the criminal division of Lagos State High Court, has procured a luxury flat worth millions of dollars inside the world-famous Burj Khalifa, records seen by Peoples Gazette showed, even though she earns roughly $1,700 per month in salaries and allowances.

Mrs. Akintoye, 63, a familiar personality across Lagos judiciary, secured the deluxe three-bed apartment on the 64th Floor of the Khalifa Tower — designated as the tallest building in the world and one of the most expensive real estates around, the Gazette has learnt.

Records of the property obtained by the Gazette’s reporters showed that Mrs. Akintoye purchased the property using her Nigerian passport number A028149** with an expiry date between March 17, 2011, and March 16, 2016. Her date of birth of January 31, 1958, was also on file as the sole owner of the luxury apartment.

A comparative worth of similar properties in the same Burj Khalifa building costs 11,984,888 United Arab Emirates Dirham or $3.2 million or N1.2 billion.

Mrs. Akintoye’s discreet ownership of accommodation inside the Burj Khalifa, an ultra-luxury skyscraper overlooking the priciest section of Dubai, reflects a meshing of civil service and luxury lifestyles now increasingly seen amongst government officials in Nigeria.

Reached for clarification on how a serving high court judge could afford a luxury apartment at the Burj Khalifa, Mrs. Akintoye’s husband swiftly assumed the role of her spokesman.

“Mrs. Akintoye is not the owner of a property in Dubai but a joint owner with me,” Mr. Akindele Akintoye said. “I bought the property in our joint names and the records in Dubai will confirm this.”

When reminded that his name could not be found anywhere on the record as a co-owner of the property, including records of Emaar Properties, which owns Burj Khalifa, Mr. Akintoye said: “It may interest you to know that the property was bought by us before Mrs. Akintoye became a judge.”

The Gazette’s findings, however, showed that Mrs. Akintoye, a former registrar of lands in Lagos was a magistrate before former Governor Tunde Fashola elevated her to Lagos State High Court in 2014.

Details of her passport attached to records of her Burj Khalifa apartment, which was dated between 2011 and 2016, invariably prove that the property was acquired either while she was a magistrate or after becoming a senior judge.

When told that it was in the public interest to know how a magistrate or a judge was able to acquire a property worth millions of dollars, Mr. Akintoye backtracked on his previous admittance, saying this time that the property was not inside Burj Khalifa.

“We own a property elsewhere,” Mr. Akintoye, a lawyer, said without elaborating on where the property he claimed he bought with his wife was located in Dubai.

He also repeatedly declined comments on how much was paid for the apartment, insisting that “the property does not cost millions of dollars.”
But a comparative worth of similar properties in the same Burj Khalifa building costs 11,984,888 United Arab Emirates Dirham ($3.2 million), according to foremost UAE real estate provider Property Finder.

The official remuneration packages of state high court judges (official salary and allowances) are detailed below:

According to The Gazette, exposure of Judge Akintoye’s concealed asset in Dubai came as Carnegie Endowment for International Peace released a report that described the Emirati commercial capital as “an oasis for Nigeria’s corrupt political elites.”

The report, authored by Matthew Page, said corrupt wealthy Nigerians had relied on Dubai “to stash their ill-gotten gains and enjoy luxury real estate worth millions.”

Nigerian judges have come under relentless public scrutiny for large-scale corruption in the country’s legal system.

In 2016, the State Security Service confiscated not less than $800,000 in cash in coordinated raids on the private residences of many senior judges indicted for corruption.

The secret police said it also uncovered real estate valued at “several millions of naira and documents affirming unholy acts by these judges.”

Some jurists have been prosecuted for varying forms of financial impropriety, with most Nigerian judges widely seen as corrupt cash and carry merchants of political and business judgements.

Soji Oye, a spokesman for the National Judicial Council, told the Gazette he could not specifically address Mrs. Akintoye’s multimillion-dollar Dubai apartment until a petition has been filed against her to trigger a query. 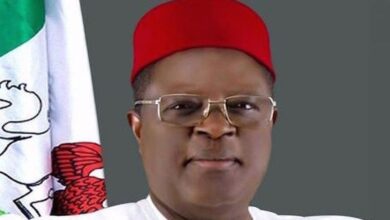 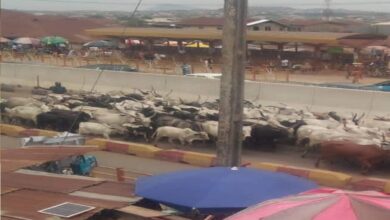