Soldiers from the 35th Artillery Brigade, Alamala, Abeokuta, Ogun State, Again visited several villages in the local government area of Yewa North, Ogun State, where they had previously mistreated residents at the instance of herdsmen.

The soldiers had earlier escorted some herdsmen to some of the villages on December 19, 2020, and flogged many of the residents for refusing to allow the herdsmen to graze their cattle on their farmlands.

About 29 villages in the area had been attacked in recent times by terror herdsmen who were said to have camped at Eggua, a neighbouring town, from where they led their cattle to destroy farmlands within the Ketu-Yewa communities, which share borders with the Republic of Benin.

The story has not been refuted by the Nigerian Army or the federal authorities many days after publication.

Worried by the development, some traditional rulers in the area had written a petition against the soldiers, the state government, and the police in the state.

In a bid to silence the brutality victims, about six soldiers, led by one Captain John Onyebuchi, visited some of the villages in the Yewa North Local Government Area of the state again at about 2 pm on Friday, January 29, 2021.

At Ubeku, in the presence of the Baale (village head) Chief Olaleye Adigun, a youth leader, Peter Koposhu, and other villagers, the soldiers asked one of their victims, Seye Mulero to recant his statement published in the petition and some national dailies.

According to a four-minute audio recording of the event that transpired during the visit and obtained by TheNation, Captain Onyebuchi revealed that the Army headquarters was worried by the petition it received and news report over the allegation that men of 35 Artillery Brigade, Alamala, Abeokuta escorted herdsmen to the affected communities where they brutalised some villagers for refusing herdsmen to graze their cattle on their farmlands.

In the said audio recording, Onyebuchi was heard frantically asking Mulero to make a video recording of the retraction to save the Army from embarrassment.

However, according to the Nation, the victim refused to retract his statement, insisting that he was flogged and badly wounded.

Disturbed by Mulero’s stance, Onyebuchi said: “The story says ‘Soldiers escort herdsmen to Ogun villages… At that point, the soldiers seized him and beat him mercilessly…’

“See, this is a weighty allegation, and we will not take it for granted.

“The (Nigeria) Army got in touch with Alamala (35 Artillery Brigade), which in turn sent me here. I have to write a report on the investigation because I must report back to the person who sent me here.

Onyebuchi then asked that Mulero be filmed while refuting the story that he was beaten by soldiers who escorted herders to the village.

“He will call his name as you are recording him and say that all these are false. Nobody touched him and whatever he said, nobody forced him to say; he said it out of his free will in the presence of the Baale and the youth leader and, of course, members of the community.

“Are you getting me? Go ahead…if that is done, I think I am okay with it.”

However, the soldier warned that the failure of the victim to make the retraction might force the Army to return to arrest him and shun any distress call from the community.

He said: “Let me tell you what this thing means. There’s a need to clear this air. If you don’t clear it, next time they call, the Army will not respond because you people have alleged and penned the Army’s name in a bad light. 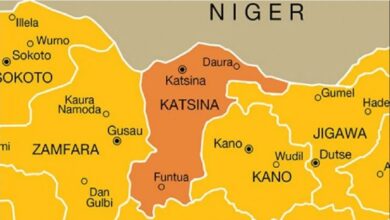 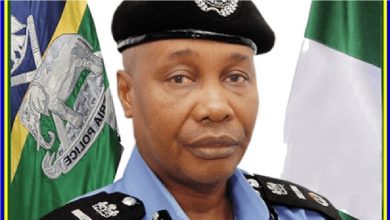