The national leader of the All Progressives Congress(APC), Asiwaju Bola Tinubu, came out on Saturday, February 6, to take part in the ongoing registration and re-validation of his membership of the party

After his registration, the APC chieftain posed for photographs which were later shared on social media. Some Nigerians took their time to scrutinize these photos, and did they find what they were looking for? Sure they did. With their eagle eyes, some people spotted at least two errors. March 29, is usually the day the APC leader marks his birthday but the date filled on the form was March 27, 1952.

Tinubu revalidated his membership of the APC on Saturday, February 6, but 09/02/21 was recorded as the date when Tinubu registered.

Twitter Nigerians react to the date on the form

@theafricangod wrote: “Did anyone see the date on the card?” Another tweet  gave reasons for the date, saying it has to be post-dated to a weekday/business day for it to be legal.

@Loki_Shinobie stated: “It has to be postdated to a weekday/business day for it to be legal. Signed on Saturday but will take effect from 9 Monday.” Jibowu with the Twitter handle

@Hassanfiriyoyo added: “Check the date of the registration. Everything is wrong in Nigeria.”

@Softcut_wears commented: “Can someone look at the date of registration? It shows they are all liars.”

@Sir_kleff added: “Lead by example! What happened to the day? Corruption everywhere.”

Shehu Sani, a former lawmaker mocked Tinubu for his long-overdue silence on the brewing Fulani herdsmen-farmer crisis in the southwest.

Why are we running backwards? – Nigerians kick over CBN’s ban on crypto currency In a tweet on Wednesday, February 3, the former lawmaker said the APC national leader’s continuous hush over the ethnic tension generated by the eviction notice issued to the herders in Oyo and Ondo states is because he does not want to “lose his cap.”

Sani said Tinubu’s silence is a coward attempt by the Jagaban (Tinubu’s pseudonym) to save his “caps and shoes. 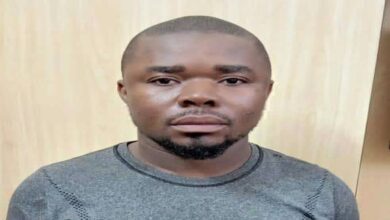