Lauretta Onochie, Senior Special Assistant on Social Media to the President, Muhammadu Buhari, has said every tribe in the country has bad eggs.

She also claimed that many critics of the Buhari regime were driven by hate and bitterness and were, therefore, wont to accuse Fulani herdsmen of every heinous act perpetrated by criminals, adding that such commentators were fishing for trouble.

In a string of tweets on Monday, the President’s aide said all crimes committed in non-Fulani host communities were attributed to guest -herders- who are of the same tribe as Buhari.

Onochie was reacting to statements made by a human rights lawyer, Femi Falana (SAN), on the eviction order issued by Ondo State Governor, Rotimi Akeredolu, that herdsmen should leave the state’s forest reserves within seven days.

Onochie wrote, “If there is an ethnic or community clash where lives and properties are lost, we pick and choose which to attribute to community clash and which to lay on the doorsteps of the Fulanis, Buhari’s ethnic group, in order to satisfy the craving for more bitterness and hatred towards Buhari.

“There is no tribe that is free of bad eggs. But criminalising an ethnic group because you don’t like President Buhari’s face, is nothing short of evil and fishing for trouble.”

The President’s aide further said the critics of the regime have insatiable demands. “They had asked for restructuring. Buhari has no power to alter the constitution so he did what is within his power…After restructuring, they moved to Fulani herdsmen and Boko Haram,” she wrote.

Onochie, however, sued for peace amid the unfolding situations in Ondo and Oyo States, adding that elections remained the constitutional way to remove an unpopular government.

“Those threatening mayhem must calm down, take a deep breath and remember that this is the only nation we can truly call, “ours”.

“The ballot box is usually, the best way to change a government. That is in 2023. Let common sense prevail. 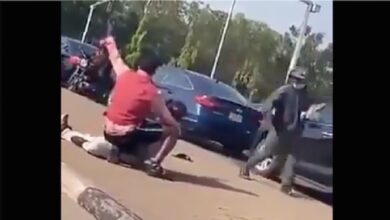