Afenifere chieftain, Adebanjo, has said that the reason why South East are eager for there own country is because 1999 constitution was fraudulent and did not articulate the collective will of the people, having been imposed on the nation by the military to favour a section in the country.

Adebanjo noted that the country must return to the 1960 Independence Constitution when the regions had autonomy.

He said, “My view is that 1960 and 1963 constitutions gave us more freedom and autonomy which we are all agitating for.

“Why we are emphasizing restructuring now? Because the 1999 constitution is fraudulent. It does not represent the choice of the people.

“The question of insecurity the country is facing now is because the governors do not have control over the security agencies in their states. That is what we need to address now.

“Where should the presidency go in 2023? That is not the question now. The key question is to first keep the country together. Then, let us make the question of presidency constitutional not gentleman’s agreement.

“Anybody talking about the election without changing this constitution does not love this country. It is the 1999 constitution that has made Northern Nigerians believe, if they don’t support anybody, he or she cannot be president.

“All the agitation about Biafran separation is because they (Igbos) feel excluded under the constitution. I only hope the progressive elements in the North will persuade President Buhari to restructure the country now before everything burns to blazes.

“The Constitution, we have now is a fraudulent constitution. It is not our constitution. Most importantly, it has failed, and everybody testified to this fact. It is simply not working.

“To save us from this situation, we must impress upon President Buhari to change the constitution to one that everybody agrees to.” 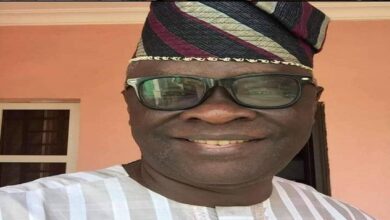 How to clear stretch masks with water leaves