The Peoples Democratic Party (PDP), yesterday, told the Presidency and the All Progressives Congress (APC) that they would face inquiry for alleged N15 trillion loot, among others.

The party also said the alleged “manipulation of the Buhari administration and importing of terrorists and bandits for 2019 general elections who are now on rampage, killing innocent Nigerians, particularly in the northern parts of our nation” were another “misdeeds too grievous to be ignored by the Nigerian people.”

In a statement by its National Publicity Secretary, Kola Ologbondiyan, PDP accused the APC leadership of resorting to diversion of attention from its alleged misrule.

The opposition party said it was aware that “APC’s attack is a desperate diversionary tactics as more revelations continue to emerge on how its leaders and some Presidency officials pillaged our national treasury.”

PDP also alleged “plots by current APC leadership to blackmail and ridicule President Buhari by pushing out fake performance claims, like those contained in the press statement by its caretaker committee on Tuesday, January 5, 2021, which was designed to rubbish Mr. President, highlight his failures and deflect attention from the atrocities of the APC.”

It said “such fake narratives will not help the APC as our party has details of their nefarious leaders, including governors, ministers, certain aides of Mr. President, as well as APC fronts in agencies of government, and would not hesitate to make such public at the fullness of time.”

The party claimed that the ruling political group had “become rattled because of pressure from the PDP and other well-meaning Nigerians asking President Buhari to go after APC leaders as well as Presidency officials involved in the reported stealing of N9.6 trillion ($25 billion) oil revenue as detailed in the leaked NNPC memo.”

The statement further alleged that “APC leaders are having sleepless nights because the dragnet would soon catch up with all of them involved in the reported stealing of N1.1 trillion worth of crude using 18 unregistered vessels; the looting of over N2 trillion in hazy oil subsidy regime, including a criminal under-recovery for unnamed West African countries, as well as illegal tax per litre of petrol running into trillions of naira.”

BREAKING: FG shows when the new application of the N-Power scheme will start 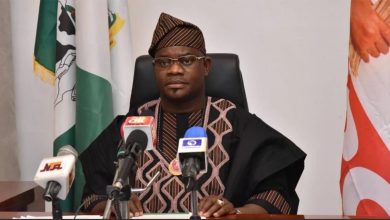