Rights activist and Amnesty International designated Prisoner of Conscience, Omoyele Sowore, and other activists in Abuja who were carrying out a peaceful procession to mark the New Year have been arrested by Nigerian security forces.

Eyewitnesses say policemen suspected to be with the Rapid Response Squad stormed Gudu junction in Abuja, wounding Sowore before carting him away with other activists at the location.

Sowore was also arrested and accused by the authorities of attempting to overthrow Buhari’s government on August 3, 2019

Sowore had made waves over the past two years over his calls for nationwide protests against the President Muhammadu Buhari-led government.

The Sahara Reporters founder accused the current government of badly managing the affairs of the country and called on Nigerians to reject the wickedness of the establishment.

After the DSS picked him up on Saturday, August 3, 2019, the agency accused him of threatening the harmony of the nation by plotting to overthrow a democratically-elected government.

When he eventually showed up on camera, the slightly resistant Sowore was firmly held by one DSS operative while another pushed him to usher him out of the building.

He was then driven out in a black vehicle as his associate struggled with the operatives.

The Inspector-General of Police, Mohammed Adamu, had in a Sunday statement described the planned protest as a call that amounts to “treasonable felony and acts of terrorism”.

He warned the organisers, sponsors, allies, supporters, associates and sympathisers of the protest to desist from embarking on the planned protests.

Despite his warning, protesters showed up for a demonstration at the National Stadium, Surulere, Lagos, on Monday, August 5 chanting revolution songs.

The peaceful protesters, who also demanded Sowore’s release, were dispersed with tear gas.

Some of the protesters were injured in the chaos that ensued, while some were also arrested by police officers.

While speaking to the press after the dispersal, Tijani Fatai, an assistant commissioner of police, said the gathering was unlawful.

“Nobody has consulted or contacted the Police seeking permission to protest, peaceful or non-peaceful.

He said the Police has the capacity to sustain suppression of the planned protests.

The presidency also condemned the RevolutionNow protests, saying only an electoral process determines a change of government, not a forceful action.

Buhari won re-election in the February presidential election in which Sowore contested and performed woefully.

Many Nigerians have condemned his arrest and called for his release from detention. 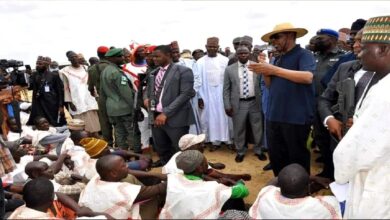 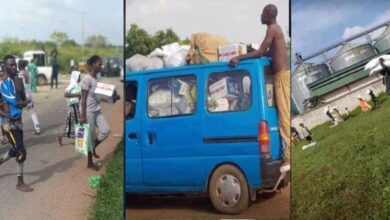