Okunola was kidnapped along Isan-Iludun-Ekiti road in Oye local government area alongside his cousin, Oluwaseun Fatile on Friday but Amotekun corps rescued Fatile from the gunmen.

He was said to have been left off the hook in a forest in Isapa community of Kwara state at about 3pm on Monday.

Speaking with newsmen in Ado-Ekiti, the state capital on Monday, the Amotekun Corps commander, Brigadier General Joe Komolafe (rtd) said the victim was rescued from the kidnappers after serious hot chase.

He noted that his men had been in the forest immediately after the incident on Friday searching for the victim, saying he was abandoned by the kidnappers after they were given hot chase by the Amotekun operatives.

According to him, “Immediately the incident happened on Friday, our men were on ground and that was how we were able to rescue his cousin from the gunmen.

“We were on their trail since that day in the forest and when they sense we were close on them, he was abandoned in a forest at Isapa in Kwara state and they fled.

Komolafe denied payment of any ransom to secure the release of the victim, saying, ” we did what is required of us since Friday and we were successful this afternoon (Monday) when he was left alone.”

Narrating his ordeal, the victim said his abductors forced him to trek in forest bare footed for 72hrs and that he was not given any food to eat since the day he was kidnapped.

He said the gunmen threatened to take him to Zamfara through the forest if he did not cooperate, adding that the kidnappers were Hausas.

Okunola said, “You know I was kidnapped at about 6pm along Isan-Iludun-Ekiti road and I was matched through the forest since the time I was kidnapped till around 2am on Saturday before we stopped to relax. We were on the move all through and they did not give me any food to eat. They even threatened to match me to Zamfara if I did not do anything they ask me to do.

“They were six in number and it was only one of them that could barely speak in English language, others speak Hausa language.” 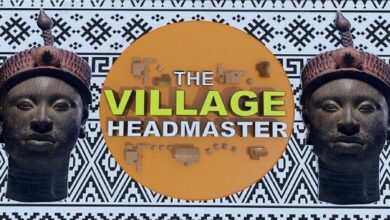