The crisis rocking the southwestern zone of the People’s Democratic Party (PDP) deepened as a member of the Interim Committee in the zone, Mrs. Funmilayo Ogun, described the Governor of Oyo state, Seyi Makinde, as an accidental Governor and a mistake that the PDP would not make again.

She said it was sad that the PDP handed its governorship ticket to a petty and immature character like Makinde, adding that there are better and committed people in the Oyo State PDP than the governor, a product of coalition who has betrayed the trust of those who ensured his electoral victory.

The caretaker committee member pointed out that the governor was in the defunct All Nigerians Peoples Party (ANPP), in 2007 and 2011 as well as Social Democratic Party (SDP), in 2015 and only returned to PDP in 2018.

She said those who elected Makinde as governor in Oyo State did not elect him to be Premier of the South-West, vowing that the caretaker committee will never have anything to do with him since he has chosen not to respect the party, acting as if being a governor makes him bigger than the party.

The PDP chieftain said it was strange that Makinde, a governor elected under the platform of the PDP is openly going against the decision of the National Executive Committee (NEC), the highest decision-making organ of the party after the National Convention.

Mrs Ogun argued that by choosing to relate with individuals not recognised as State Chairmen of PDP in Ekiti, Osun and Ogun States, Governor Makinde is only saying that he is more powerful than the party NEC and that as far as he is concerned, decisions of the NEC are not biding on him.

She said it is a matter of concern to her that Governor Makinde could refer to the State Working Committee of the party in Ekiti State as “factional” despite being part of the NEC meeting where the congresses in Ekiti and others States were approved.

“I hate to say this, but Governor Makinde has not acted true to his office as a governor under the platform of the PDP. He is petty and immature. His commitment to the PDP is suspicious and as someone whose love for the party has remained unwavering, I doubt if he is not working for those APC governors, who gave him money for his election.

“It is my opinion that next time, our party should be mindful of promoting people like Governor Makinde, who was never stable in the party for once.

“If he had failed in his bid to get the party ticket in 2018, I am sure he (Makinde) would have moved to another party just as he did in 2015, despite the plea that he should take Senate ticket.” 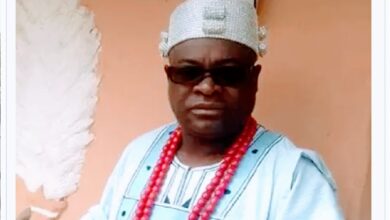