Fayose said the National Assembly should impeach Buhari to regain its powers and integrity.

In a series of tweets, the Peoples Democratic Party, PDP, chieftain said the federal lawmakers have surrendered their powers to Buhari.

According to Fayose: “If the NASS wants to regain its power and integrity, the President should be impeached. But can this NASS bite?

“When you give a gun to a son, whose mental capacity you do not trust, you will end up being faced-down.

“As it is, the NASS constitutional legislative rights are already lost to the President and he is now more or less the head of the three arms of government.

“The NASS needs to stop arrogating to themselves, powers already surrendered to President Buhari.

“Or were they not the ones who turned the President to a god who must not be questioned and surrendered their rights to him? Have they forgotten how the CG of Customs shunned them?”

His remark is coming at a time Buhari snubbed the National Assembly.

The lawmakers had invited the president over the spate of insecurity in the country.

Despite a presidential aide, Lauretta Onochie confirming that Buhari will honour the invitation, Abubakar Malami, Attorney General of the Federation had stressed that the National Assembly lacked the powers to summon Buhari over issues of insecurity.

Bring one rifle and get two cows, Matawalle to bandits 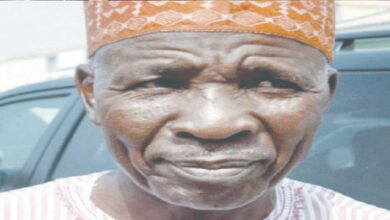