Some residents of Ikire town in Osun State have demanded enquiry into the killing of some protesters by soldiers between October 26 and 27, during a demonstration against continued stay on the throne by Akire of Ikire, Oba Olatunde Falabi.

A resident, Osungbade Adeoye, told Newsmen that although the number of lives lost in the incident could not be ascertained, he knew of six victims.

Adeoye explained that the protesters had stormed the palace of Ikire on Monday, October 26 to demand implementation of the Supreme Court judgement that had removed the monarch from office.

He further explained that, while the protest was on, some youths disarmed a soldier and took his gun away.

“Even though the weapon was later returned, soldiers descended on the town and killed several people. Bodies of many of those killed were packed and taken away by the soldiers.

“But we were able to identify some people, whose corpses were buried by their relations. They are Kehinde Akinlabi, Tajudeen Ogunremi, Sodiq Muritala, Wahab Dauda, Abiodun Atoba, Bashiru Jide. Also, property belonging to a Chief Odetunde Ologbojo were razed down by the soldiers,” Adeoye said.

Another resident, who gave his name as Sule, said many of those that died were felled by stray bullets fired by the soldiers.

Sule added that residents had accused the chairman of Irewole Local Government Area, Mr Remi Abbas, of requesting for the soldiers.

Chief Apena of Ikire, Odetunde Ologbojo, told our correspondent that his property located at Olorisaooko Compound, Ikire were burnt down by some soldiers.

He said the men that attacked his property on 27 October, 2020, came in full military uniform around 8am and razed down the two buildings and a car.

“I was attacked because I supported Prince Tajudeen Olanrewaju against the incumbent Akire of Ikire.

“Many people were also killed and the soldiers took many of the corpses away,” Ologbojo said.

But LG boss, Abbas, denied calling for deployment of the soldiers, saying the protesters attacked the palace and beat up chiefs.

Abbas said, “During the period there were protests and soldiers were deployed in the town. They are the ones available. There was also 24-hour curfew but people came out and attacked the palace.

“The first set of soldiers that came was attacked. Some of them were wounded. Two guns and a box full of ammunition were taken from them. Also, their Hilux van was burnt down.”

A lawyer from the Femi Falana Chambers, Taiwo Olawanle, in a chat, said the law firm had taken up the matter. 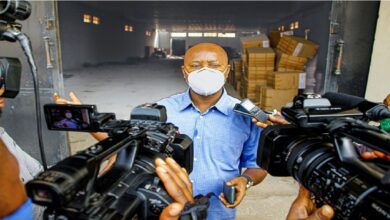 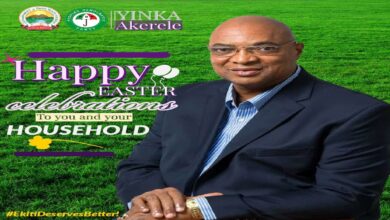 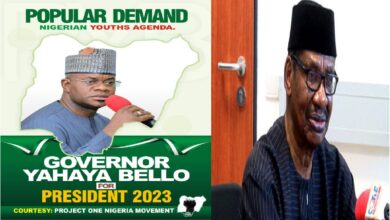 2023: I Do Not Know Which Record Yahaya Bello Will Campaign With- Sagay