Minister of Informa­tion and Culture, Alhaji Lai Moham­med has stated that the Nigerian government will not fold its arm and allow the reckless use of social media.

Speaking in Lagos on Friday on what transpired during the EndSARS protest and the ensuing, the minister said that the meeting, one of a series was necessary to draw lessons from the fallout of the protest with a view to forestall­ing a recurrence, especially of the mindless violence that fol­lowed the hijack of the peace­ful protest.

According to him, social media must not be used as a tool for aggravating fault lines and throwing the country into turmoil

While acknowledging the fact that social media had come to stay, the minister em­phasised the need for curbing its excesses, adding that the government will neither shut­down the internet nor stifle press freedom or free speech as being insinuated.

Identifying fake news and disinformation as a product of social media abuse, Alhaji Mohammed emphasised that it aggravated the EndSARS protest, stating that it did not come as a surprise because he had been raising the alarm about dangers of social media since 2017.

He said: “In 2017, we dedicat­ed that year’s National Council on Information to the issue of fake news, hate speech, and disinformation. The following year, in 2018, we launched the national campaign against fake news and disinformation, partnering with a number of print and electronic media or­ganisations.

“Now, our fears about the abuse of social media, and specifically the dangers posed by fake news and disinforma­tion has come to pass. During the protest and the subsequent violence, fake news, and disin­formation were the order of the day. Social media was used for mobilisation, and it was also used to guide arsonists and looters to properties, both public and private, which were targeted for attack.”

The minister criticised me­dia houses for their reportage of the protest especially the attack on security agents.

According to him, the me­dia houses fell for the hoax that there was a massacre at Lekki Toll Gate, adding that almost all papers ran scream­ing headlines of massacre or killings at the toll gate the day after the October 20th incident when soldiers only fired blank ammunition into the air to disperse protesters.

According to him, no group was better placed than the newspaper houses to lead the narrative of what happened that night, adding that the conventional media houses ceded that authority to social media, which has no time for the rigours of gate-keeping or fact-checking.

The minister highlighted that in reporting the hoax mas­sacre, less attention was paid to the barbaric and gruesome murder of security agents by hoodlums during the crisis.

“While everyone was fixated on the fake massacre at Lekki Toll Gate, few paid attention to the way and manner policemen and soldiers were killed.

In particular, policemen were hacked down in the most gruesome manner that calls into question the sanity of their killers. Yet, these security agents were treated as sub-hu­mans.

“Human rights organisa­tions all but ignored the fact that six soldiers and 37 police­men were killed, some of them dismembered and cannibal­ised.”

Condemning the killing of law enforcement officers, the minister stated that a society that makes war against its po­lice had better learn to make friends with its criminals. 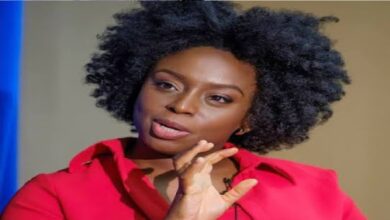