In a statement made available to GLOBALGISTNG by Chinedu Agu, Secretary to NBA Owerri chapter said the deceased though had NBA Sticker in his Car, a Toyota Camry with no WER 212 SQ, but was not a Lawyer.

According to the statement, the deceased was driving along Umuaka/Orodo road but was shot dead by Policemen of the Stop and Search Squad.

“On realising that they have shot the deceased, the Police took flight, abandoning the deceased in the pool of his own blood inside his Car.”

“The deceased, a native of Amucha in Njaba, L.G.A., Imo State, left home (Amucha) this morning enroute Owerri for a wedding before he met his untimely death in the hands of trigger-happy Policemen this morning.”

“As at the time of typing this report, the deceased, whose family members believed was still alive, still lay in his car unattended by the hospital staff.”

“It took some angry agitation by youths and sympathisers who came thirty minutes after my arrival for the bulky man to be stretchered into the Emergency Ward from his blood-drenched Car.”

” I can confidently confirm to you that the deceased was not a Lawyer, though had NBA Sticker on his front and rear Car Windshields.”

” While the tardy, laissez-faire, callous attitude of the hospital Staff in the Accident/Emergency Ward of FMC Owerri is condemnable, I humbly call on the Human Rights Committee of the NBA Owerri to rise up to the occasion in ensuring that the culprits of this heinous act are unearthed and brought to book.” 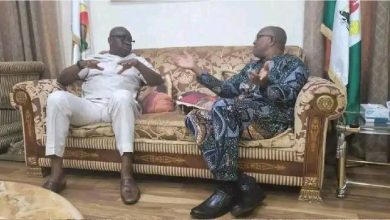 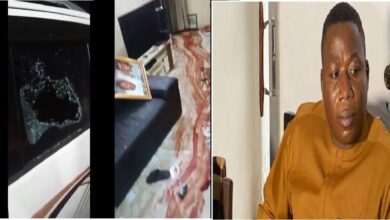