A video purpotedly showing Senator Elisha Abbo slapping a young man in his hometown was captured online by Globalgistng.

In the video, a man who looks and speaks exactly like Abbo is seen angrily scolding a young man before exiting his car to slap the man repeatedly in Mubi, Adamawa state.

“This is the second time Elisha Abbo popularly known as intimacy gadget Senator would be caught on camera harassing people.

A man of his repute has no business in the senate.”

This comes one year after he was captured slapping a nursing mother in a store in Abuja. 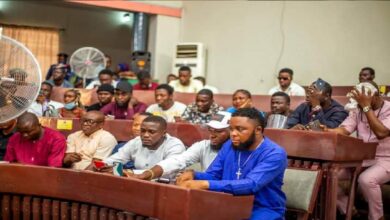 BREAKING: Another lawmaker is dead