Kano State governor, Umar Ganduje, has asked radio station, bars ShopRite and Grand square to stop using the ‘Black Friday’ tag in the state, saying the majority of the inhabitants of the state are Muslims who consider the day as “holy”.

According to the Kano State Sharia Police popularly known as Hisbah corps who writes a letter to the companies, forbidden the calling of Friday “Black”, and further barred ShopRite and Grand Square from conducting a planned event it tagged “Black Friday sales,” in the state.

Wikipedia defines ‘Black Friday’ as an informal name for the Friday following Thanksgiving Day in the United States, which is celebrated on the fourth Thursday of November. The term is used worldwide to mean a day for promotional sales where goods are sold at discounted prices.

Black Friday is usually the fourth Friday of November where retailers make prices of goods relatively cheaper for customers ahead of Christmas season.

The Hisbah corps warned a radio station, Cool FM to refrain from using the word, Black Friday in their commercial advertisement.

Hisbah gave the warning in a statement signed by its Principal Executive Officer II, Abubakar Muhammad Ali on behalf of the Commander General, Harun Ibn Sina.

Ali said Friday is regarded as a holy day in Islam and tagging it as ‘black’ is unacceptable and would not be condoned.

In a letter dated November 26 and addressed to the manager of Cool FM in Kano, Abubakar Ali, an official of Hisbah on behalf of the commander-general, said the majority of the inhabitants of the state are Muslims who consider the day as “holy”.

Ali told the manager that on that basis, the radio station should stop using the tag “Black Friday” with immediate effect.

“I am directed to write and notify you that the office is in receipt of a complaint for the conduct of BLACK FRIDAY SALES on 27th November, 2020, instant,” the letter read.

“Accordingly, we wish to express our concern on tagging of the Friday as ‘Black Friday’ and further inform you that the majority of the inhabitants of Kano state are Muslims that consider Friday as [a] holy day.

“In view of the foregoing, you are requested to stop the calling the day as Black Friday with immediate effect and note that Hisbah corps will be around for surveillance purposes with a view of avoiding occurrence of any immoral activities as well as maintaining peace, harmony and stability in the state. Best regards.” 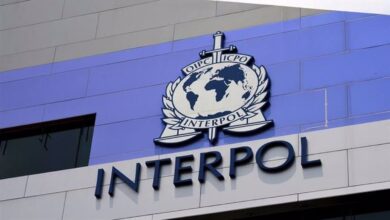 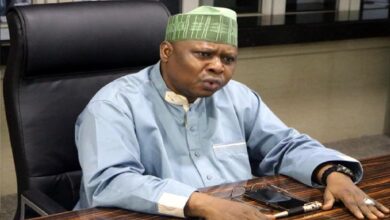