Unknown gunmen suspected to be kidnappers have killed one of the vicars of the Solution Baptist Church Iluomoba Ikere Ekiti, Reverend Oladimeji, in Ikere-Igbara Odo road, Ikere Ekiti, the headquarters of Ikere Local government area of Ekiti State.

Rev Oladimeji was murdered on Friday morning at a spot around the College of Education (now Bamidele Olumilua University of Education, Science and Technology) of the town, Globalgistng reports.

It was learnt that the gunmen who were hiding in the bush along the road attacked his vehicle at the University area and shot severally at his vehicle in an attempt to stop the driver from fleeing.

Reports had it that the cleric was hit by some of the bullets rained at his vehicle.

Another source said that the kidnappers flagged down the cleric vehicle on the highway but the driver who suspected foul play attempted to escape and they rained bullets on the vehicle.

This is coming barely 24 hours after kidnappers killed traditional ruler of Ifon, Oba Isreal Adeusi, the Olufon of Ifon.

The Ekiti State police command spokesperson, Sunday Abutu, said he was yet to be briefed on the incident.

Ale’s wife was reportedly kidnapped at Owena area of the state on Thursday night.

It was learnt that the kidnappers were yet to make demand for ransom payment.

The Ondo Police Command has confirmed abduction of one of the wives of Olugbenga Ale, Chief of Staff to Ondo Governor, Oluwarotimi Akeredolu.

According to him: “The woman and others were on their way to Akure, when the gunmen stopped their vehicle.

“As I am talking, policemen, army and men of paramilitary agencies are combing the forest to rescue the people.”

It was gathered Ale’s wife and other women were abducted along Akure-Ondo road while returning from Lagos.

Other occupants in the car were said to have escaped while the driver was allowed to go.

A source said: “The woman was abducted at Owena along on Akure-Ondo Road.

“The case has been reported to the security agencies especially the Amotekun and army to comb everywhere and we are expecting a feedback soon.”

Biafra: Why Igbos Want Their Own Country – Afenifere Chieftain 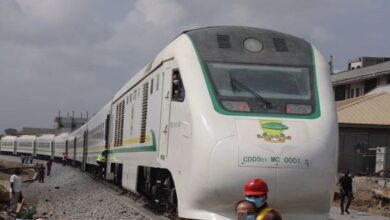