The election earlier started with Trump on the lead but it didn’t last long as there was a turnabout as Joe Biden appeared at the top.

Biden didn’t just appear at the top, but he was at the top with an appreciable vote count above every other presidential candidate even above the incumbent president.

Donald Trump who has been claiming that the US election wasn’t fair was obviously Jubilating saying “It Means I Have Won” because of what the Governor of Georgia tweeted this morning.

This is good news, it means I won!
cc: @RepDougCollins @SecretarySonny 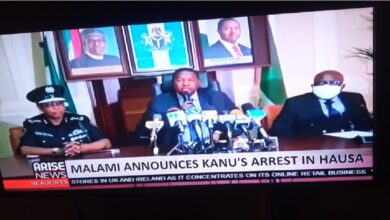