Desmond Elliot, while reacting to the recent EndSARS protests and Lekki killings, in Lagos House of Assembly said:

Globalgistng earlier reported that, Over the past three weeks, youths from every nook and cranny of the country had formed a formidable force like never before to demand the scrapping of the Special Anti Robbery Squad, SARS, of the Nigeria Police Force. They also want an end to police brutality

The fight by the Nigerian youths has been lauded and largely successful for various reasons prominent among which is unity.

However, in Oyo State, the unity among the youths fronting the protest has been broken by a million Naira given them for refreshment by Governor Seyi Makinde

Yesterday, some representatives of youths in the state attended a meeting with Makinde where they deliberated on issues. There were 15 groups at the meeting, with each going with N1 million each. Only last week, the opposition had accused Makinde of sending money to thugs in a bid to rein them in.

After the meeting, Globalgistng gathered that the governor, through one of his aides, reportedly gave the money to the Students’ Union president of the University of Ibadan, Mr. Daniel Akeju to serve as ‘transport and logistics’ for the #EndSARS protesters present. The youths decided to share the money, with each individual pocketing a minimum of N40,000.

This, however, has resulted into a controversy as some of those present insisted that the money should be returned, noting that the #EndSARS movement is not a money making avenue.

Globalgistng later sighted a list that indicated that 19 of those present collected the money while a few others rejected it.

This disagreement continued to degenerate on social media as those who collected the money are facing backlash for “monetizing #EndSARS” while some insist that the money was not a big deal.

While defending himself, Popular Ibadan-based media personality, Paul Alasiri, who was one of those who collected the money wrote: “I will personally give an account of what happened today.

“I was called on Friday about a meeting with Hon. Seun Fakorede and I called a few guys to tell them about as I cannot call everyone here, a member of this group represented us and gave minutes.

“As a follow up to the meeting I was called this Morning that there would a Town Hall Meeting with the Governor of Oyo State today and when I immediately a stakeholder here and told him about it, I also passed the message across to a few members of the group. 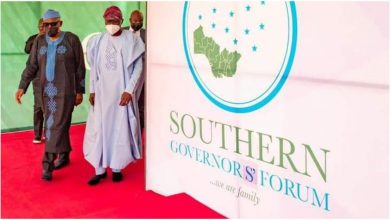 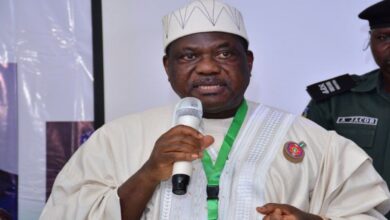