The Lagos State Government on Monday said Iba Gani Adams, the Aare Ona Kakanfo did not get his facts right when claimed that the state government has refused to sign the Amotekun bill into law.

Adams during an interview at the weekend had said while the other five states in the South-West had signed the Amotekun bill into law, only Lagos state has refused to do so for inexplicable reasons.

Also Read: #ENDSARS: Don’t be afraid of the ICC in the line of duty, Nigeria army commander tells troops

But speaking in a chat with Globalgistng, Gbenga Omotosho, the Commissioner for Information said the state government passed the bill into Law in March this year.

“He didn’t get his facts right. Lagos State has signed Amotekun into law. It was done in March this year. You can find out yourself as a journalist. He (Gani Adams) may not have that information” Omotosho said. 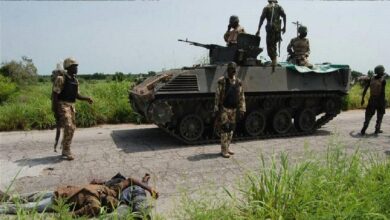