A former Governor of Cross River, Mr. Donald Duke, has said that Nigerian youths have been neglected and left with no hopes due to wrong leadership in the country.

Duke, who spoke with newsmen on Sunday while reacting to the destruction of properties on Friday and Saturday in Calabar by some hoodlums, said the act was not normal.

He said that the youths feel abandoned and depressed with no leaders to assure them that tomorrow will be better than today, hence they took laws into their hands by destroying private and government properties.

He said that from the videos and pictures he saw on the looting in Calabar, it showed that the youths felt neglected and abandoned by leaders, leaving their future in their hands with nothing put in place for them.

“We often want to blame these happenings on criminals and miscreants, but they are no such people, we created them, they are human beings.

“I find it deplorable when people regard others as miscreants. They are our children. If you don’t provide for them, train them and give them hope, they will take laws into their hands; but the point is we need to rise up and correct these things.

“We must mean what we say and say what we mean. When the youths feel that your words are empty statements, they won’t take you seriously anymore,” he said.

He noted that if the tragic incident that occurred in Calabar should happen again in Calabar, then the state is “finished”.

Duke, who charged the government to be ready to find solutions to the problems, said that the uniqueness of the state hospitality has been affected.

“The youths have been bruised and we need to address that and heal their scars. My desire is to reach out to them, speak to them and ask for forgiveness; so that we can forgive them too and create a better society.

“We love Cross River, the soonest we come out, we will encourage others to do the same. We need the support of everyone to do this. We should encourage the government to succeed, regardless of what we think.

“Some of the protesters are idle, if they are employed, they won’t be on the streets. You can’t say you have a right to life without given a right to livelihood.

“You know it’s really bad when You dehumanize a Human Being to the point where He has to steal a toilet, When you see someone carting away a used toilet base, you should know there is a big problem. We need to help our young people to succeed. We need to educate, equip and sustain them,” he said.

According to him, the youths were passing a strong message to the leaders, not through words that are loud enough. 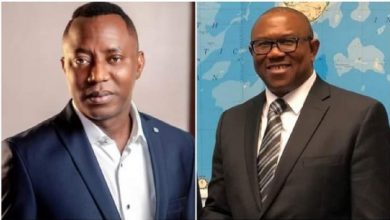