The Nigerian Army said on Wednesday it had arrested one of its soldiers accused of encouraging his fellow troops not to fire on anti-police protesters, who have led a violent movement against Nigeria’s security forces in recent weeks.

“The Nigerian Army has announced the arrest of Lance Corporal Harrison Friday who had gone on social media to advise his colleagues not to attack #EndSARS protesters,” Punch , a Nigerian newspaper, reported on Wednesday. The newspaper referred to the national protest movement to end SARS, the now-axed Special Anti-Robbery Squad of the Nigerian federal police.

In a video uploaded to social media last week, “the soldier, who was wearing a mask … asked his colleagues to understand that the protesters were fighting for a better Nigeria and they must be supported by all Nigerians including the military,” the Punch recalled.

“The fight the civilians are fighting is our fight, do not let them (the Nigerian government) use us,” Friday said in the video, according to the newspaper.

The Nigerian Army said on Wednesday that it had detained the lance corporal for his video statement.

“The hooded soldier hiding behind the mask to commit cybercrimes has been apprehended in the ongoing cyber operations in support of crocodile smile. Rest assured cybercriminals have no hiding place,” the Nigerian Army
wrote in a statement posted to its official Twitter account.

Prior to his arrest, on October 19, the Nigerian Army tweeted a screenshot of Friday’s video statement in support of protesters. The words “Fake Soldier” were superimposed on the frame.

Nigerian Army Soldiers attached to the 81 Division had been accused of killing protesters at the Lekki tollgate [near Nigeria’s largest city, Lagos] on Tuesday night, an allegation the army has denied,” the Punch reported on Wednesday.
The alleged attack on protesters “sparked reprisals across the state with irate youths burning down government facilities and even the family home of Lagos State Governor, Babajide Sanwo-Olu,” according to the report.

Nigeria’s government officially disbanded SARS on October 11 in response to ongoing protests calling for its dissolution. Despite the action, anti-police protests have continued across Nigeria since then, protesters demanding further police reform.

The protesters are not relenting despite the dissolution of the notorious police squad but have continued to protest noting the government’s ineffectual promises of police reforms and investigations in the past,” Nigerian newspaper the Guardian
reported on October 14.

Nigeria’s national police established SARS in 1992 as a special unit to combat soaring rates of violent crime. Nigerians had regularly accused the unit of abusing its authority since its founding. Graphic footage of SARS’ alleged abuses emerged online in Nigeria over the past two weeks, sparking anti-police outrage and protests nationwide demanding the unit’s dissolution. 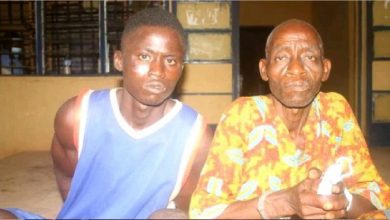 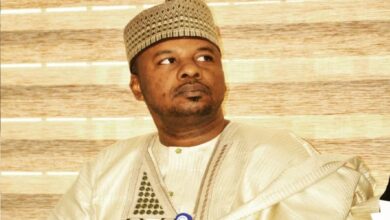 CBN: Enaira Will Make Government Be Able To Send Payments To Citizens Directly

Whatsapp To Stop Working On 43 Smartphone Models From November