Premier League footballers are in talks over providing aid for victims of the disturbing civil unrest in Nigeria. The country is in the midst of national emergency and there have been angry demonstrations as citizens protest against brutality from a now-disbanded section of the police called the Special Anti-Robbery Squad (SARS).

A number of UK-based footballers of Nigerian heritage, including Odion Ighalo, Wilfred Ndidi and Tammy Abraham, have already used their platforms to speak out against the harrowing scenes that have shocked the world.

And it is understood discussions involving footballers from England’s top flight providing rapid aid for people affected are under way.

Speaking this week, Manchester United striker Ighalo said: ‘I’m not the kind of guy who talks about politics but I can’t keep quiet any more about what is going on back home in Nigeria.

“I would say the government are a shame to the world for killing your own citizens, sending military to the streets, to kill protesters because they are protesting for their rights.

“Today, 20th of October 2020, you people will be remembered in the history as the first government to send military to the city to start killing their own citizens.

“I am ashamed of this government. I’m calling the UK government, calling all those leaders in the world to please see what is going on in Nigeria and help us — help the poor citizens.”

Earlier this year, Premier League footballers volunteered in numerous initiatives to help raise money to reduce the impact of coronavirus. 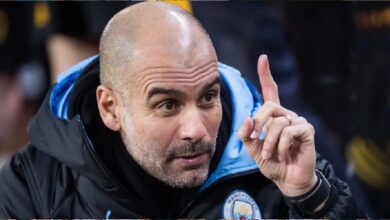 Man City vs Southampton: We will win 18-0 – Guardiola