There have been week-long protests across the country demanding an end to police brutality in Nigeria.

On Tuesday, soldiers opened fire on #EndSARS protesters at Lekki tollgate in Lagos sparking off an outrage.

In an article on Wednesday, Soyinka condemned the shootings, and likened the incident to the violations under Sani Abacha, the late military dictator.

The octogenarian narrated how he met a couple of roadblocks manned by protesters as he left Lagos for his home in Abeokuta, Ogun state capital.

“After negotiating my way through some eight or nine protesters’ roadblocks, I was compelled to turn back. It was all déjà vu – the uprisings in the former Western Region of Nigeria, the anti-Abacha movement etc. etc. etc,” he wrote.

“The attempt however enabled me to assess the mood and transformation of the movement. I was better prepared. I rescheduled my trip for the following day – that is, this morning.

“In the meantime, however, that is, within the next eight to ten hours, the tension has become unimaginable! At that earlier mention of Lagos sector, Lekki, where most of the affirmative action gatherings had taken place, soldiers opened fire on unarmed demonstrators, killing and wounding a yet undetermined number. One such extra-judicial killing has drenched the Nigerian flag in the blood of innocents – and not symbolically. The video has, in accustomed parlance, ‘gone viral’.

“I have spoken by phone to eye-witnesses. One, a noted public figure has shared his first-hand testimony on television. The government should cease to insult this nation with petulant denials.

“I resumed my trip to Abeokuta at 6 am, this morning as scheduled, again negotiating road-blocks -– this time somewhere between twelve and fifteen, all distinguished by an implacable state of rage. It was in stark contrast to the inclusivity of the protesting ‘family of common cause’ of earlier days. All inherent beauty of instant bonding and solidarity evaporated. At the block just before the Lagos Secretariat, the protesters proved the most recalcitrant. In the end, they exacted from me just the one offering to the rites of passage – I could sense it coming — I had to come down from the car and address them. I did. Little did they know what was churning in my mind: This is not real. This is back to Abacha – in grotesque replay!

“It is absolutely essential to let this government know that the army has now replaced SARS in the demonic album of the protesters.”

Soyinka asked all affected states to immediately demand the withdrawal of soldiers, convoke town-hall meetings as 24-hour curfews are not the solution.

He asked that state governors take over the security of their people with whatever resources they can rummage.

“Substitute community self-policing based on local councils, to curb hooligan infiltration and extortionist and destructive opportunism,” he wrote.

He also asked that victims be compensated and the Nigerian army apologise for the attacks.

He added that the government should not dictate, but rather encourage dialogue. 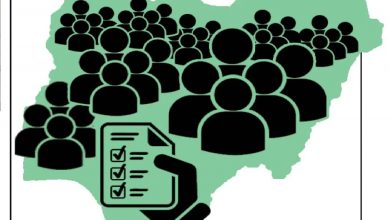 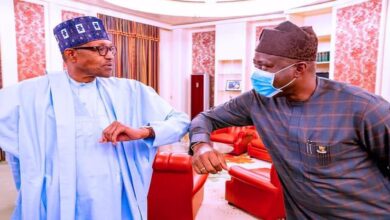