The Peoples Democratic Party (PDP) in Ekiti State has demanded for the immediate arrest of the All Progressives Congress (APC) governorship aspirant in the State, Engr Kayode Ojo and others, over the use of branded buses to convey the thugs who unleashed terror on End SARS protesters in Ado Ekiti today.

Armed thugs had moved around Ado Ekiti on Tuesday, shooting indiscriminately while attacking the protesters. The thugs moved around in Kayode Ojo’s branded vehicle.

State Publicity Secretary of the PDP, Raphael Adeyanju, in a statement on Tuesday, said since the APC governorship aspirant had admitted the use of his branded bus by the thugs, police must arrest him and make him produce the thugs.

The PDP spokesperson said the thugs who went on a rampage in Ado Ekiti were known thugs of the APC, noting that some of them are appointees of the government of Dr Kayode Fayemi.

Adeyanju said: “It is on record that Kayode Ojo’s Media Director, Deji Aiyelabowo, issued a press statement in which he confirmed that the branded vehicle was hijacked by hoodlums in Ado-Ekiti and that it has been successfully recovered.

“Our questions are, on whose possession was the bus hijacked and when? At what point did Engr Kayode Ojo realise that the bus was hijacked and did he report to the police?

“To us in the PDP, the bus was not hijacked by anyone today. Rather, it was made available for the use of APC thugs to unleash terror on harmless Ekiti youths, who were only exercising their legitimate rights to protest.

“Ekiti people are therefore interested in knowing whether or not Engr Kayode Ojo authorised the use of the bus and also sponsored the thugs.

“If he did not sponsor the thugs, he must disclose the identity of the person in whose possession the bus was.” Adeyanju said.

Like Loading...
Tags
#EndSARS: PDP demands arrest of APC Guber aspirant Adeyanju said: “It is on record that Kayode Ojo’s Media Director Deji Aiyelabowo issued a press statement in which he confirmed that the branded vehicle was hijacked by hoodlums in Ado-Ekiti and that it has been successfully recovered others over attack on protesters by thugs Soldiers 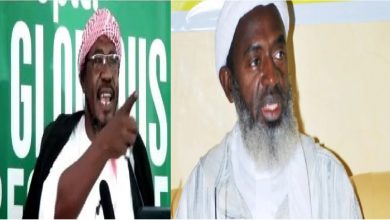