Suspected hoodlums have set ablaze the head office of The Nation Newspaper at Matori in Lagos on fire, Globalgistng reports.

The development comes hours after the head office of Television Continental (TVC) was torched.

Bola Tinubu, national leader of the All Progressives Congress (APC), is believed to be the main target of the attacks.

Meanwhile, the former Nigeria’s President, Olusegun Obasanjo, has written yet another letter to President Muhammadu Buhari ask him to act on the demands of #EndSARS protesters before it is too late.

The protest which started across the country two weeks ago took a violent turn this week.

On Tuesday, the Lagos state government imposed a 24-hour curfew to keep the attacks in check.

However, soldiers opened fire on some protesters at the Lekki toll gate in Lagos.

Despite video evidence, the military has denied being behind the incident which has sparked a global outrage.

The president is yet to comment on the incident but Babajide Sanwo-Olu, governor of Lagos, has condemned the attack which he blamed on “forces beyond his control”.

In his letter, Obasanjo said the president and the military did not exhaust the avenue for dialogue before applying force on the protesters. 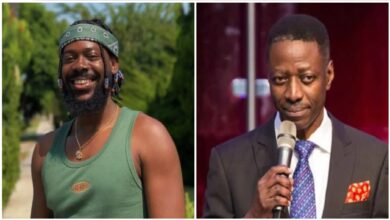