Minister of Information, Alhaji Lai Mohammed on Saturday said the ongoing #EndSARS protests by youths across the country is unnecessary as the Federal Government has met the demands and has even done more than what was asked.

He also said the Federal government can’t go higher than what it has done in meeting the demands of the protesting youths.

While speaking on the attack on Osun state governor, Gboyega Oyetola by hoodlums, he said latest developments in the country has shown that the ongoing #EndSARS protests has been completely hijacked by ‘dark forces’.

He said President Muhammadu Buhari will not abdicate his responsibilities, number one of which is the protection of lives and property.

He said “If the purpose of this protest is to meet your demands and that demands has been met and made public, and government has been giving marching orders, for crying out loud, if you are sincere from the word go, why don’t you give the government a chance? We can’t go higher than what we have done”.

“The meeting of NEC comprise all governors of the country, presided over by the Vice-President. A communiqué was read out and we have started the implementation. We’ve asked all state governors to set up Victims Support Fund; all state governors, not only are you going to have a judicial panel of enquiry, but the composition must comprise of youths, students and CSOs”.

“We went further to say that they should set up a Special Security and Human Rights committee In each states with students, youths and CSOs as members. And we are saying that the new Police Special Tactical unit will overseen by this panel which comprises of CSOs and youths. I don’t think we can bend beyond that”. 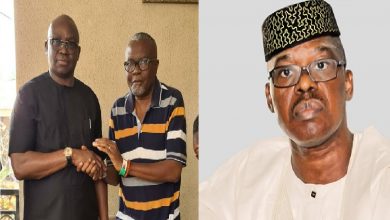