Normally, John Kayode Fayemi our beloved governor in Ekiti should be approaching the podium like a triumphant figure anyday; but not quite so in recent times. Reverse is the case. Rather Ekiti has gotten in its hands a beleaguered, stupefied governor – completely under siege. The sudden spike in crime in Ekiti state in recent times has ruthlessly exposed his weaknesses and those of his security advisers

As we speak there’s a growing perception even among his party faithful – remember crime doesn’t? discriminate along partisan lines – that the famed war scholar and his retired combatant general security adviser have got little answer to the criminal crisis engulfing the state.
And that’s tragic in itself.

Is it not very evident in the pervading silence around government, the inaction of its security adviser and the helplessness expressed by the police (especially on the recent Iyin Ekiti robbery) that Ekiti is merely waiting for the next disaster to happen? Ekiti – our once very beautiful peaceful state now lives in the shadow of violent crime. It needs not be.

First it was the incursion of some Fulani herdsmen in Orin Ekiti where a life was lost and a government agricultural facility illegally converted to a crime camp. That was cleverly dismissed and explained away by rambunctious government officials rather than getting to the root of the problem. That was in 2019 of blessed memory. The agitation subdued; the poor people of Orin kept their peace, licked their wounds and buried their dead. The problem however lingers. That abandoned agric settlement in Orin Ekiti –as we speak –remains one of the most notorious dens of kidnappers in Ekiti today; yet our government can pretend to be unaware.

Truth however is that the dragnet has gradually spread beyond Ido-Osi across and all over our once peaceful state. And so from Ikole –Oye axis to the forests of Aramoko the criminals are holding forte. The Aramoko –Ijero Highway is becoming a no-go area. Poor Kayode Ogunleye a cleric of the All Christian Fellowship Church was brutally murdered in his farm in Aramoko by this criminal gang operating along the Aramoko-Ijero highway just last Sunday 4th of October. His remains thrown into the forest.
Of course it wasn’t the first.

Five days earlier penultimate Wednesday 30th September to be precise, 2 men were kidnapped in broad daylight along Igede –Aramoko Ekiti road. Earlier on, 15th September, Ijan Ekiti was held in the jugular when Jide Ijadare – an entrepreneur who’s setting up a palm oil processing company was attacked in his farm/factory and kidnapped with one other associate who eventually died in the hands of their abductors. The bandits numbering 7 invaded his factory armed to the teeth. Ijadare we learnt is putting up a multi-billion naira investment in the agricultural sector as a pure private sector initiative. How this attack would affect his psyche and ultimately his plans is our guess.

Mr Sola Fagorusi is another young entrepreneur making a foray into the agricultural sector- another private sector initiative. He was visiting his Itapaji Ekiti agric farm a day before Independence Day when he was seized and kidnapped for ransom by armed gang along with Sam Akpan –an associate of his. Much earlier in July –precisely 10th of July, 2020, a band of criminals disrupted the peace of towns and villages in the Ekiti East Local Government Area of the state.

In Isinbode Ekiti precisely, these fully armed men abducted three people after an attack on a sawmill – another private enterprise along the Isinbode-Ode road stealing valuables and money belonging to employees of the sawmill. Yet, on this same road a separate gang of robbers –in broad day light ambushed innocent motorists, opened fire on vehicles, shooting and wounding innocent citizens before making away with a local government official and an ex commissioner in the state.

Last Friday was the turn of Iyin Ekiti where a bank was attacked by a group of armed hoodlums allegedly led by a native of the town. They held court unchallenged for over 40 minutes; blasted the safe with explosives, sending serious distress into the hapless citizens while it lasted.

It is disheartening that in all of these, little or no arrest has been made by the police. Only a ‘volte face’ in the shape of a media release on ‘impending invasion of Ekiti by criminals’ recently emanated from their Command office in Ado Ekiti. The question that the Ekiti Police Command should provide an answer to is this: What’s happening to those criminals already operating inside, terrorising the people of the state at the moment?

We dare say that the state police command has become a tragic failure and the State House of Assembly should not hesitate to pass a vote of no confidence on its leadership. And we found this rather curious – the criminal silence of the state in the face of this abysmal performance of the Nigerian police in Ekiti. It is unhelpful and very unpatriotic. It is an unholy alliance that must stop in the interest of the people. There’s a clear absence of synergy (between the police and the state) which could have worked in favour of the people. We take the Iyin robbery incident as a case study.

The Iyin Ekiti robbery incident in particular was an avoidable disaster. The notorious Iyin Ekiti born Oguntoyinbo Samuel fingered as the ringleader of the bank robbers had 2 weeks earlier been declared wanted by the state police command. It’s shocking and unimaginable that a miscreant supposedly being looked for by the police would go on and beat the state in the security chess game and marched ahead to wreck havoc in Iyin Ekiti – just few kilometres away from the police command in Ado Ekiti – even with a bounty (placed) on his head.

It’s obvious that the Ekiti State police command merely did the minimal in tracking this criminal down. The police simply published Oguntoyinbo’s mug shots on social media and went to sleep.
This is unacceptable. That cannot be effective policing by any standard. If the Fayemi government is displeased with this abysmal performance of the police, we and indeed every other concerned citizens of the state cannot see the government displeasure in its present inaction. What is obvious is a conspiracy of silence between the police command and the security architecture of the state government. This is inimical to the wellbeing of our people and the growth of the state. Governor Fayemi and our representatives in the House of Assembly should protest against the crass inefficiency of the Ekiti state police command. It is not too much to do for the citizens and taxpayers who are being denied the peaceful enjoyment of their chattel.

It’s alarming that a state touting restoration of values is now firmly in the grip of violence and malfeasance; and some of its citizens freely indulging in warped values alien to its aborigines – kidnapping, armed robbery, ritual killing, sodomy and sundry violent enterprises.

Just last week in Orun Ekiti, in the Ise Orun local government area of the state, three Ekiti men were arrested whilst desecrating the peace of the graveyard. They were caught exhuming corpses from the graves and severing their heads for ritual purposes. These (mis)behaviours are alien to Ekiti.

Talking about value restoration, would it not have been fit and proper to seize the cue from the police immediately Oguntoyinbo Samuel surfaced on its radar and put intelligence to work especially in Iyin Ekiti and get to his ancestral root? Some things don’t really take rocket science to happen. A well-structured intelligence work cleverly spurn around his family and homestead in Iyin Ekiti would have been effective and perhaps curtailed the audacity and braggadocio of this notorious criminal whom we learnt took his time –together with his gang members – to enjoy a sumptuous lunch at a (funeral) social party in the town before going to rob the bank. This clearly isnt a failure of intelligence but absolute lack of one.

We need answers to simple questions – Where, for instance, do we find government officials in whose hands Ekitis have entrusted their security at times like this? Certainly not under the pillows in their bedroom. Our people need to be assured that they are not sleeping when they should be awake and working to ensure the safety of lives and properties.

Imagine the scale of this criminal crisis facing Ekiti. It’s already being felt in disrupted businesses, in the hopes and confidence of the people and wannabe investors, deserted roads and reluctance to visit and invest in the local economy. It’s being felt in tourism and hospitality as visitors are wont to stay away and tourists alienate us. That may be a fraction of the harm already done to the local economy and vitality by this disaster. Ekiti may lose several billions in investment and take years to recover. Of course it would damage our lives, our communities and hit the government in lower tax revenues, the people in reduced wages and in vanished opportunities.

In a state where several millions are allegedly allocated as security vote every 30 days, the least that the citizens should expect is peace and zero harassment from miscreants. Now, government must wake up from its lethargy.

We should halt this catastrophe. 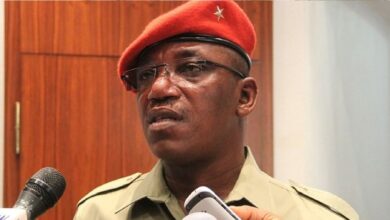