The Ondo state government has said thugs imported into the state were likely responsible for the attack on a former Ekiti governor, Ayo Fayose at a rally of the Peoples Democratic Party (PDP) in Ondo town.

Donald Ojogo, the Ondo commissioner for information and orientation said hoodlums imported from outside are currently spread across the state ahead of the governorship election, The Nation reported.

He noted that the assault on Fayose has confirmed the state government’s suspicion that thugs were being imported into Ondo.

“Government recalls that the last three weeks have witnessed mindless and condemnable acts perpetrated by these thugs imported.”

He explained that though the assault on Fayose was a PDP affair, it is an indication that the suspicion of the Ondo government is justified.

The commissioner called on security agencies to check the activities of the hoodlums in the state, noting that they pose threats to security.

Meanwhile, the governor of Oyo state, Seyi Makinde, has denied the allegation that he sponsored the attack on Fayose at a PDP rally in Ondo state.

The governor told Fayose to stop distracting him with his accusations. Makinde described Fayose as someone who loves seeking undue attention.

In another news, the PDP has rejected the returning officer chosen by the Independent National Electoral Commission (INEC) for the Ondo gubernatorial election.

After a training conducted by the deputy vice-chancellor of the Obafemi Awolowo University (OAU), Professor A S Bamire, the vice-chancellor, Eyitope Ogungbenro Ogunbodede, was picked for the job, The Nation reported.

However, the chairman of the PDP’s campaign council for the election, Governor Makinde claimed that Ogunbodede will not be fair and neutral in carrying out his duties.

Like Loading...
Tags
Ayo fayose Ayodele Fayose Ondo government reveals those who attacked Ekiti State former governor The Ondo state government has said thugs imported into the state were likely responsible for the attack on a former Ekiti governor 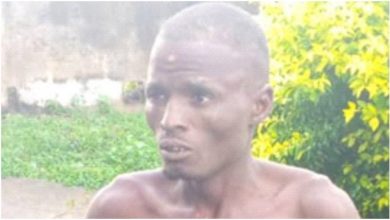