An Intel from Olajide Omotayo has confirmed that the Ekiti State Governor, Dr Kayode Fayemi has funded and supported the Ondo State PDP gubernatorial candidate Eyitayo Jegede SAN with the sum of Hundred million naira (N100m) against his own friend and political associate Governor Rotimi Akeredolu.

In a Message sent to Globalgistng from Mr. Olajide Omotayo Harmony, which revealed, that Ekiti State Governor, Kayode Fayemi sponsored Eyitayo Jegede of the Peoples Democratic Party in Ondo State with a sum of Hundred Million Naira(N100m)

Recall that this same man supported Governor Seyi Makinde the PDP Governor of Oyo state against Adebayo Adelabu who was the APC gubernatorial candidate in the last Oyo state Governorship election which led to one of his official cars conveying money to Seyi Makinde been arrested alongside with his former chief protocol officer (Ayo Adegbite) in Ibadan.

It is however funny that the same man that was shouting 4+4 yesterday at the Ondo state sport complex, urging the people of the state to vote and support the re-election of Aketi as the governor of Ondo state has last week, gone behind to give the Oyo state Governor Seyi makinde the sum of Hundred million naira in support of the Ondo PDP candidate, Mr Eyitayo Jegede SAN.

It baffles beyond any reasonable measures that the same man who is about to cut 25% from retired Ekiti state civil servants pensions and gratuity, an act that has borne a lot of criticism and was totally condemned by all and sundry dozed out a whopping sum of 100m to support an opposition party candidate in Ondo state.

The question now is, What kind of game is Fayemi playing? 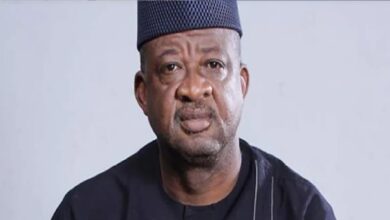