Those ordered arrested are former senators, former members of the House of Representatives, a former minister, former Speaker of the State House of Assembly , all top members of the ruling APC.

They broken up with the governor due to what they called “his unacceptable mode of governing the state and the party which we are all founding members.”

The letter instructing their arrest , police sources in Ekiti informed our reporter, was issued a couple of days ago and signed by the Attorney General and Commissioner of Justice, Mr Wale Fapounda.

Mr Fapounda was until his appointment a human rights activist. He also serve on the management of Nigeria Human Rights Commission.

The party big wigs , police sources informed us, were to submit themselves for questioning yesterday Wednesday, October 7, 2020.

According to a letter written to them by the police, the command is investigating allegations made against the governor in their published statement in the media last week.

Police sources said the letter has been delivered at the legal chamber of Chief Tony Adeniyi in Akure, Ondo State and at the home of Senator Babafemi Ojudu in Ado Ekiti.

Ojudu is Special Adviser to the President on Political Matters and Adeniyi is a lawyer of about 45 years experience and a member of the Senate between 2011 to 2015.

Adeniyi was Fayemi’s lawyer for three and a half years at law courts and tribunals when he challenged the outcome of the gubernatorial election in the state.

Ojudu is reputed to be one of those who invited him to run for Governor and assisted him greatly to achieve his ambition. It does however appear their relationship went sour when Fayemi returned for a second term.

Also Read: How Tinubu Used Governor Oyetola As A Cover For Alpha Beta

Our sources in Ado Ekiti yesterday could not confirm if the APC party chiefs showed up at the police headquarters as demanded by the police.

The party at the national headquarters had a week ago announce a committee to reconcile the warring party chiefs with the governor following the suspension of the leaders from the party by the Fayemi faction and the counter suspension of Fayemi by the Ojudu faction.

The party in setting up the Committee to be chaired by Kaduna State Governor Malam El Rufai has announced the nullification of both suspensions. The Committee is yet to commence its assignment as a party chief in Ado Ekiti informed.

Efforts to talk to Fapounda and Governor Fayemi on one hand and the party chiefs on the other has proved abortive. 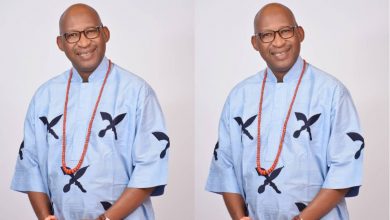 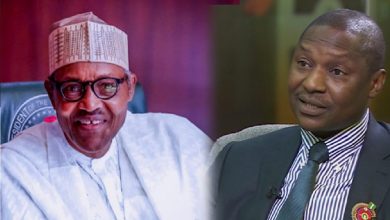