​I speak to you today as your President and fellow citizen on this epoch occasion of our country’s 60th independence Anniversary.

As President, I wish to renew my appreciation to Nigerians for entrusting me with your hopes and aspirations for a better and greater Nigeria.

Today, it is my unique privilege to re-commit myself to the service of this great country of great people with profound diversities and opportunities. We are bound by destiny to be the largest and greatest black nation on earth.

At this stage in our nationhood it is important that we reflect how we got here to enable us work TOGETHER to get to where we aspire to be as a strong indivisible nation, united in hope and equal in opportunity.

… having acquired our rightful status as an independent sovereign nation, history would record that the building of our nation proceeded at the wisest pace.

This optimism was anchored on the peaceful planning, full and open consultation and harmonious cooperation with the different groups which culminated in Nigeria emerging as a country without bitterness and bloodshed.

Our founding fathers understood the imperative of structuring a National identity using the power of the state and worked towards unification of Nigerians in a politically stable and viable entity.

That philosophy guided the foundation that was laid for our young nation of 45 million people with an urban population of approximately 7million occupying an area of 910,768 square km. These demographics led to development challenges for which major efforts were made to overcome.

Today, we grapple with multiple challenges with a population exceeding 200million occupying the same land mass but 52% residing in urban areas.

Sixty years of nationhood provides an opportunity to ask ourselves questions on the extent to which we have sustained the aspirations of our founding fathers. Where did we do the right things?Are we on course? If not where did we stray and how can we remedy and retrace our steps?

Upon attaining independence, Nigeria’s growth trajectory was anchored on policies and programmes that positively impacted on all sectors of the economy. However, this journey was cut short by the 30-months of civil war.

We came out of the civil war with a focus on reconstruction, rehabilitation and reconciliation that enabled the country to put in place world class development structures and a strengthened public service that well served the government.

This positive trajectory continued with a return to democratic government which was truncated by another round of military rule.

For a cumulative 29 of our 60 years existence as a nation, we have been under military rule. My summary of our journey so far as a nation is necessary to appropriately chart where we need to go and how to get there TOGETHER.

Today, I am aware that our economy along with every single economy in the world is in crisis. We still face security challenges in parts of the country, while our society suffers from a high loss of moral rectitude which is driven by unbridled craving for political control.

An underlying cause of most of the problems we have faced as a nation is our consistent harping on artificially contrived fault-lines that we have harboured and allowed unnecessarily to fester.

In addition, institutions such as civil service, police, the judiciary, the military all suffered from a general decline.

We need to begin a sincere process of national healing and this anniversary presents a genuine opportunity to eliminate old and outworn perceptions that are always put to test in the lie they always are.

The stereotype of thinking of ourselves as coming from one part of the country before seeing ourselves as Nigerians is a key starting point to project us on the road to our deserved nation’s evolution and integration.

To start this healing process, we are already blessed with the most important asset any nation requires for such – OUR PEOPLE – and this has manifested globally in the exploits of Nigerians in many fields.

It has been demonstrated time and time again that Nigerians in the diaspora frequently excel in science, technology, medicine, sports, arts and many other fields.

Similarly, the creativity, ingenuity and resourcefulness of the Nigerian at home has resulted in globally recognized endeavours.

I am convinced that if we pursue our aspirations TOGETHER we would be able to achieve whatever we desire. That informed our adopting the theme TOGETHER to mark this epochal event.

Together we can change our condition for the better and more importantly together we can do much more for ourselves and for our country.

I chose the path of self-reflection because this is what I do on a daily basis and I must confess that at most times, I always felt the need for a collective reflection as I know that the foundation for a solid future which this administration is laying. 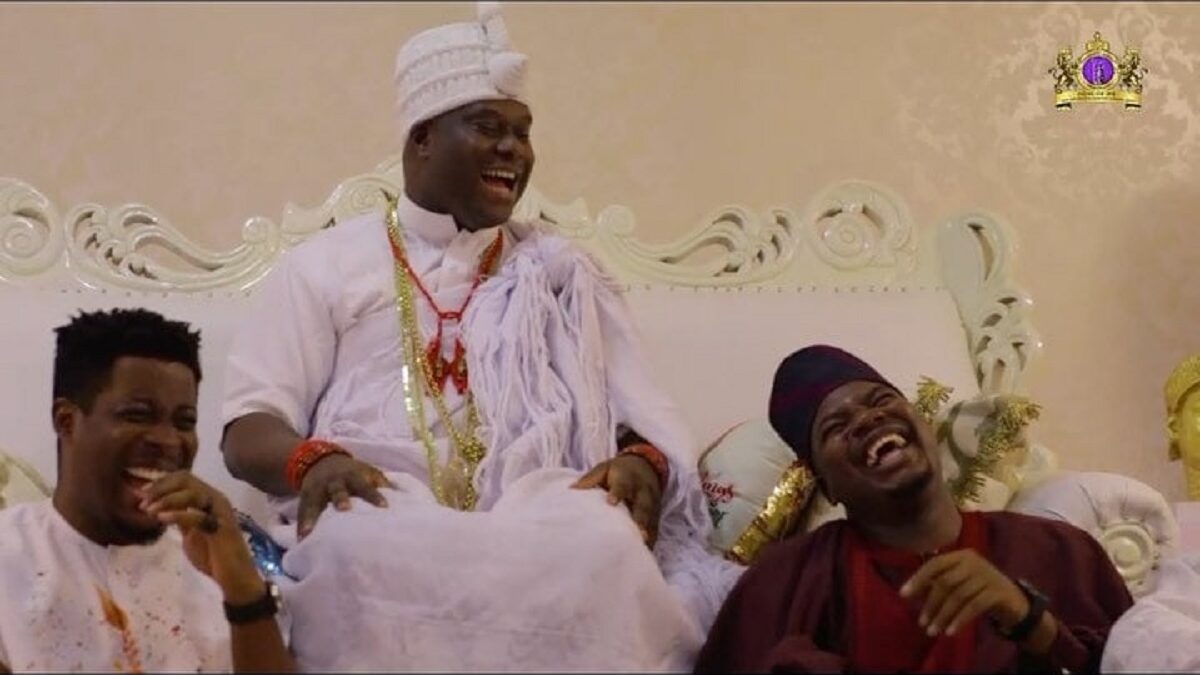