BBNaija Lockdown star, Erica Nlewedim, has finally opened up about her disqualification and using Laycon’s genotype as an SC (sickle cell) against him.

Recall when Laycon first revealed his genotype to Vee during their final week in the house, Erica’s words about him ‘dying before 50’ during her fight with him resurfaced on social media and this earned her backlash from many BBNaija fans.

Erica, in her new video which she tagged ‘Erica’s Diary’, denied knowing about his genotype, saying even Laycon knew this was the truth.

She described herself as being sensitive to people’s feelings and wouldn’t do such a thing to anyone. Concerning her disqualification, Erica revealed that she was ‘sad and embarrassed’ especially after her behaviour was replayed for her to watch.

She stated that when she left the house, she was surprised to see her family welcome her with love despite everything she did.

The pretty lady also expressed shock to see that she had so many supporters out there who stood by her even though they didn’t know her.

Erica went on to speak about her relationship with Kiddwaya. Still maintaining that they are still good friends and she’s attracted to him, she pointed out that the pressure being put on them to end up together isn’t helping as they are currently both focused on working on their goals.

The reality star also revealed that she received counselling and still getting help on becoming a better person.

Sharing the video, she captioned: “ERICA’S DIARY. ALL YOU NEED TO KNOW ABOUT ERICA NLEWEDIM, her time in the house and plans moving on.

Since I got out of the house, there has been many unanswered questions about me, my feelings after disqualification, time in the house, relationships outside the house and plans moving ahead. “This covers everything you need to know.

To all my elites, I cannot be less grateful to you all. I am very excited to be restarting a beautiful journey with you all around me. The love, care and support you’ve showered me already can last me a lifetime.

I love you guys so much and cannot wait to take you all along with my growth process and plans. According to her, Erica is here and ready to take over the world.

In other news, a lady identified as Thelma Ibemere took to Twitter to express her displeasure over a statement she came across from one of Erica’s fans who described Laycon as ordinary.

Recall that Erica was disqualified from the show which was brought to a climax on Sunday, September 27.

One of her fans recently mobilised other fans to follow her till she hits one million followers, saying “ordinary Laycon has more followers than Erica”.

Like Loading...
Tags
Erica tells her fans to avoid being toxic as she addresses fight with Laycon Kiddwaya LAYCON relationship with Kiddwaya 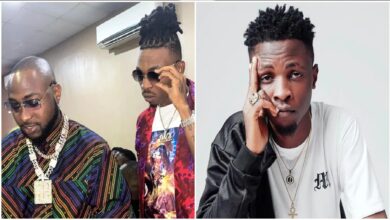 Next Level: BBNaija’s Laycon and Dorathy hang out with Davido (video)