Adams Oshiomhole, former national chairman of the All Progressives Congress (APC), on Wednesday, September 23, says he was moved to tears during Saturday’s election.

Godwin Obaseki, governor of Edo and candidate of the Peoples Democratic Party (PDP), had defeated Osagie Ize-Iyamu, his APC rival, in the election.

Oshiomhole had campaigned vigorously for Ize-Iyamu whose loss some people attributed to his influence in the campaign of the APC candidate.

In his first interview since the election, Oshiomhole narrated how he was moved to tears when he saw elderly women who were determined to cast their ballot despite some hitches in the process.

He said rather than get frustrated over how malfunctioning card readers slowed down the process, the people waited patiently.

Oshiomhole said while many expected him to be downcast over the outcome of the exercise, he is feeling good.

He spoke to GEE Africa TV.

“You know in life, you work hard and leave God for the outcome, you do your best and trust God to bless your effort,” he said.

“I thank Edo people for all they did over the past two, three, four, six weeks, people under the rain under the sun, young ladies carrying babies on their back, I saw elderly women struggling to see my small face, and on election day I was moved to tears when I saw elderly women of 70 to 75 sitting down because the card readers were not working and they were not frustrated with that, they struck me with that. If at their age, they didn’t give up, why should I give up?”

He asked the people to have faith in Nigeria and see it as the only country that they have.

“I have only have one passport and I am not about to apply for any other passport. This country, we must make it great, we must strengthen democracy, we must improve on it. No matter the outcome of an election or a particular edition of the process, have faith in God and have faith in our country. God bless you all.”

Speaking on ARISE TV on Tuesday, Obaseki said if nothing is done to clip the wings of Oshiomhole and Bola Tinubu, a national leader of the APC, they will destroy the country’s democracy.

Gov Akeredolu Reveals The People Behind Attack On Owo Church 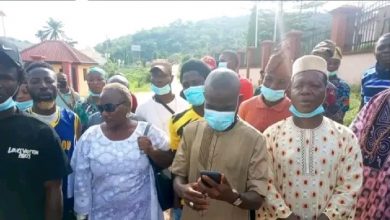 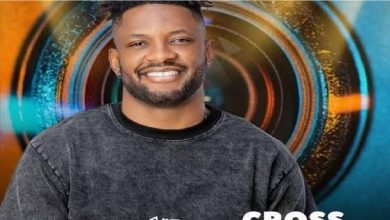