The southwestern branch of the People Democratic Party (PDP) is facing a crisis due to irreconcilable differences between its zonal leader, Oyo state Governor Seyi Makinde, and former Ekiti State Governor Ayodele Fayose.

The bone of contention is the outcome of the Ekiti PDP parallel congresses, which produced two chairmen, Bisi Kolawole and Tunde Odebunmi.

Kolawole enjoys the support of Fayose, while Odebunmi is backed by Senator Biodun Olujimi.

However, Makinde has not acknowledged either Kolawole or Odebunmi as chairman. In his view, both Fayose and Olujimi camps should close ranks and find a political solution to the lingering leadership crisis.

Party sources said the sudden feud between Makinde and Fayose may affect preparations for the party’s regional congress in the Southwest.

Already, the cracks have widened, following the tacit support of Lagos, Osun, Ogun, Ondo and Ekiti PDP chairmen for Fayose and the vote of confidence passed in Makinde by the Southwest National Assembly caucus of the party.

According to sources, pro-Fayose forces are bent on neutralising the influence of Makinde in the zonal chapter.

The alleged conspiracy against Makinde stemmed from his insistence that Fayose and Olujimi should reconcile.

While the Olujimi camp was said to have been willing to accept political solution, the Fayose camp said the solution should be hinged on the outcome of the primary.

Taking sides with Fayose, the chairmen in Lagos, Ondo, Ogun and Osun chapters accused Makinde of sidelining the party structures in the zone.

The chairmen, in a joint letter dated June 19 to the National Chairman, Uche Secondus, accused Makinde of unilaterally calling zonal meetings without a recourse to the zonal executive committees of the party.

They also alleged that Makinde was rooting for Chief Olabode George and Sen. Hosea Agboola to become the national chairman and Southwest chairman of the party.

There was a new twist to the crisis on Monday when Fayose led some party leaders to meet Secondus in Abuja.

A source said discussion at the meeting focused on the zonal congress and plot to hijack the zonal leadership from Makinde, who is the highest ranking PDP member.

The five PDP senators and 12 of the 14 House of Representatives members in the Southwest reiterated their support for Makinde. The senators are Ayo Akinyelure, Kola Balogun, Biodun Olujinmi, Francis Fadahunsi and Nicholas Tofowomo.

The National Assembly caucus said it took the decision to avert “unnecessary skirmishes in the forthcoming South West congresses.

Fayose through his media aide, Lere Olayinka, denied that he was against Makinde, saying they enjoy cordial relationship.

Fayose, who said the governor remains the leader of the party in the Southwest, being the only governor, advised him not to abuse his position by meddling in the internal affairs of the state chapters.

“The truth of the matter is that PDP in the Southwest has never been run as a one-man show and it will not start now. When Fayose was the only governor, he was not involved in who was chairman in Osun, Oyo, Lagos, Ondo and Ogun. Those people in those states chose their own people who will want to lead them. But reverse is the case now.” 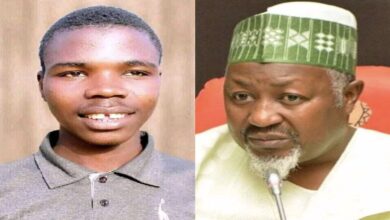