As the stakes rise ahead of the Edo gubernatorial election, verbal attacks and counterattacks have been unleashed by political rivals, especially from the People’s Democratic Party (PDP) and the All Progressive Congress (APC) in the state.

In addition, prophecies and predictions were made as to who would eventually be the winner of the wordy poll.

Among those who have given their prophetic declarations is the founder of the INRI Evangelical Spiritual Church in Lagos, Primate Ayodele.

During an interview with The Nigerian Tribune on Sunday, September 6, Primate Ayodele prophesied that Governor Godwin Obaseki will floor his rivals in the election and retain his seat.

“He should therefore work on the area of security during the election. If he allows them to use security as manipulation, that is the end for him.”

The Christian leader called on Governor Obaseki not to fold his arms and do nothing about security in the state, especially during the election because, according to him, his opponents are ready to give their lives to claim power from him.

He also called on the governor to guard against invalid votes and take the female electorate in the state seriously.

Meanwhile, It was earlier reported that Obaseki said part of the reasons his predecessor, Adams Oshiomhole, was against his reelection bid was his reversal of the sale of Edaiken Market.

According to him, the ex-governor and former national chairman of the All Progressives Congress (APC) had sold the market to his friends.

“I reversed the sale of Edaiken Market and brought the rates down to the level that our people can afford.

That pitted me against the godfather. He said that I cannot be a governor. Is he God? Are we fools?” he queried. 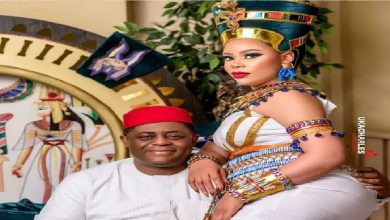