US leader Donald Trump has spoken out against the recommendations of the mayor’s office of Washington about the demolition of a number of city monuments to former presidents of the country because of racism. The corresponding statement was released on September 1 by white house press Secretary Kayleigh Mcenaney.

On August 31, a special Committee of the Moscow city hall recommended that the authorities rename, remove or contextualize 1,330 objects that are federally owned.

“By publishing a plan that recommends potentially demolishing the monument to [first US President George] Washington, the statue of the Navigator Christopher Columbus, [the seventh President of the United States] Andrew Jackson and the [third US President Thomas] memorial] Jefferson’s, the radically liberal mayor of Washington repeats the same story that was used by the left to incite dangerous riots: the destruction of our history and the destruction of our great heritage,” Mcenany said in a statement.

According to her, Trump believes that these monuments should be respected and preserved. As long as the country is run by him, “the mayor’s irresponsible recommendations will lead to nothing,” the spokeswoman said.

Mcenany expressed confidence that Washington ” is rightfully filled with countless monuments honoring the men and women who built this country.”

At the end of may, in the Wake of mass protests against police brutality caused by the death of an African-American George Floyd in custody, a new wave of struggle with monuments began in the United States.

So, on June 10, protesters in Richmond brought down a monument to Christopher Columbus, left-wing activists accused the discoverer of the continent of genocide of the native American population.

Later it became known about the intention of the new York authorities to dismantle the equestrian monument to former US President Theodore Roosevelt at the entrance to the American Museum of natural history. This decision was also approved by Roosevelt’s grandson. 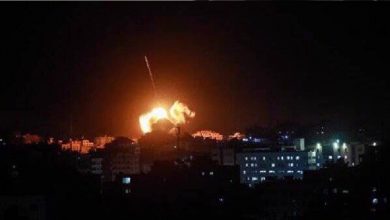