The swearing-in ceremony started about 10 am before the commencement of the 13th weekly virtual Federal Executive Council, FEC, meeting.

The Permanent Secretaries were appointed in June in a statement issued by the Head of Service of the Federation (HoSF), Dr. Folasade Yemi-Esan.

Present at the Council Chamber for the exercise and the FEC meeting are Vice President Yemi Osinbajo, the Secretary to the Government of the Federation, SGF, Boss Mustapha, the Chief of Staff to the President, Professor Ibrahim Gambari, the National Security Adviser, NSA Major General Babagana Monguno (retd) and the Head of Service of the Federation, Yemi-Esan.

It was decided that the Interim management Committee, IMC of the Niger Delta development Commission, NDDC, headed by its acting managing Director, Professor Kemebradikumo Pondei, would prepare for the Commission’s ongoing forensic audit. 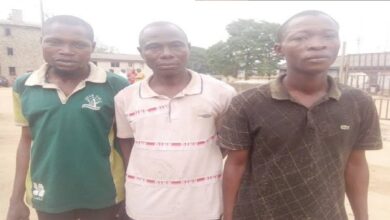