The attention of the Ekiti State PDP Repositioning has been drawn to a report of a purported meeting held in Afao-Ekiti, the country home of former governor Ayo Fayose on Friday, August 21,2020, wherein he was reported to have inaugurated a group called the “Osoko PDP Political Assembly”.

The Afao meeting was simply the manifestation of Fayose’s political impotence where he (as usual) selected his lackeys and bed sharers as officers in a non existent, terrestrial, dillusional kingdom.

This singular action has further vindicated us before the NWC of the PDP to know that former governor Ayo Fayose interest is in continued factionalisation of Ekiti PDP to render it impotent to win future elections.

We therefore appeal to the general public to kindly disregard the purported inauguration and consider it a mere gathering of the PDP relics which does not represent the majority of the party Members in Ekiti State.

We wish to assure our teeming members that Ekiti PDP will outlive the evil plans of the Political Merchants. 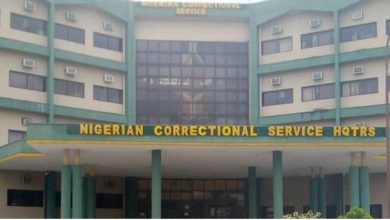