This is stated in a statement made at the disposal of Globalgistng by former President’s media assistant Kehinde Akinyemi.

According to the statement, Governor Tambuwal described Obasanjo as a statesman who remains relevant for consultations on governance issues and the challenges of the country.

The Sokoto state governor who spoke that the duo met behind closed-doors said Nigerians shall continue to learn from the former president.

He hinted that they had a successful parley and he was happy that the elder statesman was in high spirit.

His words: “You know Baba is our leader, statesman. And it is always good for us to come around to see how he is doing, pay homage and to consult him on very many issues of governance, that is why we have come this afternoon.

And, we brought him the greetings and felicitations of the good people of Sokoto state.

“We shall continue to learn from him, drink from his wealth of experience and fountain of his knowledge and wisdom on issues of governance and challenges of today.”

Also Read: Edo Poll: What I will do if I lose- Ize-Iyamu reveals

He prayed to God to continue to give the former president good health.

The Governor was reportedly accompanied by eight members of his special advisers when he arrived around 2.30 PM and left at 3.30 PM.

Meanwhile, Obasanjo on Tuesday, August 18, expressed his desire to live above the age of 100 years in order to celebrate the Agura of Gbagura, Oba Sabur Bakare, Jamolu II.

Oba Bakare who received the staff of office from former Ogun state governor, Ibikunle Amosun, on May 21, 2019, celebrated his first coronation anniversary as the 9th Agura of Gbagura in Egbaland in Abeokuta.

The former president who was part of the dignitaries present at the anniversary of the monarch disclosed this while speaking at the interdenominational service.

In another report, a group of Nigerians lawyers has asked the Nigerian Bar Association (NBA) to withdraw the invitation Obasanjo and Nyesom Wike, governor of Rivers state, as speakers for its forthcoming annual conference.

The lawyers, under the umbrella of the Radical Agenda Movement in the Nigerian Bar Association (RAMINBA), said both Obasanjo and Wike have acted against the rule of law.

The lawyers in a statement released on Saturday, August 22, accused Obasanjo of masterminding the Odi massacre of 1999 and attempted to tamper with the constitution for a third-term agenda. 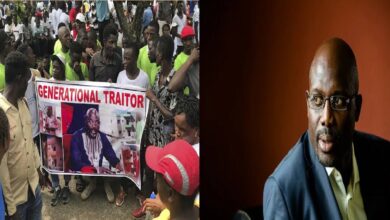 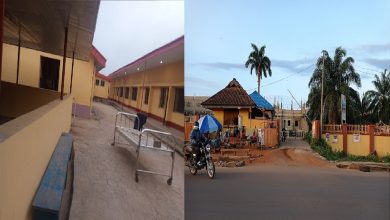