Osagie ize-Iyamu, the candidate for Governor of the All Progressives Congress (APC) in Edo, on Friday, August 21, says he does not despair of becoming Governor.

Ize-Iyamu participated in the 2016 gubernatorial election under the auspices of the People Democratic Party (PDP), but lost to incumbent Governor Godwin Obaseki, who was then APC candidate.

However, both politicians have switched platforms for the 2020 election.

Ize-Iyamu, who spoke to reporters on Thursday, said that anyone who sincerely wants to serve the people should not despair of their position.

He assured his supporters of victory, adding that if he was removed from the election, he would seek damages in court and would not resort to violence.

“A man who sincerely wants to serve cannot despair. I don’t have to be the Governor. If it pleases God, I will win. I assure you, if I lose the election, the worst thing that can happen is that I will go to court, but I will not resort to violence. We have warned our supporters against violence, ” he said.

“Our program is a true road map for transforming our state from the current unacceptable state of backwardness to an attractive state with a dynamically developing economy.”

He complained about the destruction of his election posters and asked the law enforcement agencies to arrest those responsible.

He also called on the people to come out EN masse and exercise their right to vote.

“What they are trying to do is raise the alarm so that voters don’t come out to vote, to give them the opportunity to write their result. We want to assure our people that proper security will be provided on election day.

Let them come out and vote. We don’t need to resort to violence because we will defeat all 18 local authorities,”Ize-Iyamu said.

He also said that he will not be distracted by the election campaign of the opposition party.

He said: “Instead of talking about what they did, they would say:” Oshiomhole insulted you, now he praises me.”.. do you expect him to praise me when he tried to sell a bad market? It was the only way to sell in a bad market.

“He (Oshiomhole) he wanted to distract me, and he succeeded. This time I will not be distracted, I will promote my agenda.” 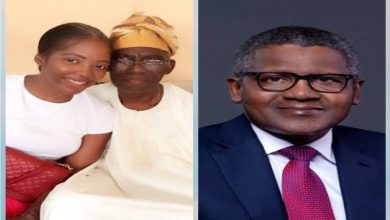 Why Is My Father Not Dangote? — Tiwa Savage 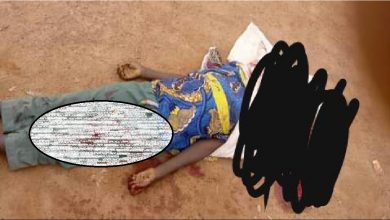