The United States intends to renew sanctions against Iran, US President Donald Trump said on August 19. From 20 to 21 August, Secretary of State Mike Pompeo will visit the UN headquarters in New York and notify the Security Council of the return of sanctions.

The restrictions will take effect 30 days after the notification of the UN Security Council.

“Today I am instructing Secretary of State Mike Pompeo to notify the UN Security Council that the United States intends to reinstate virtually all of the UN sanctions against Iran, [which were] previously suspended,” Trump said at a White House briefing. The broadcast was hosted by CNN .

Later, the State Department clarified that the sanctions will include a ban on Tehran for uranium enrichment, as well as an extension of the arms embargo to Iran for a period of 13 years.

In late July, US Secretary of State Mike Pompeo announced the expansion of sanctions against Iran’s nuclear, missile and military programs. In addition, Washington called on the world powers to extend the arms embargo on Iran.

On August 14, the UN Security Council did not support the corresponding US resolution.

At the same time, the official representative of the Russian Foreign Ministry, Maria Zakharova, called Washington’s proposal to extend the embargo groundless , noting that the States had no right to “use the Security Council for their narrowly opportunistic purposes.”

Representative of the UN Secretary General Stefan Dujarrick on August 19 noted that the legality of the attempts of the American side to return sanctions against Iran will be decided by the countries of the organization .

The sanctions against Iran were lifted as part of the “nuclear deal” from which the United States unilaterally withdrew in 2019. 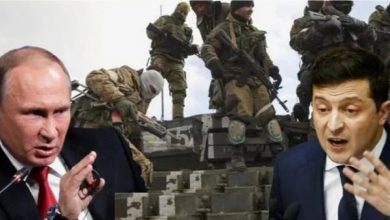